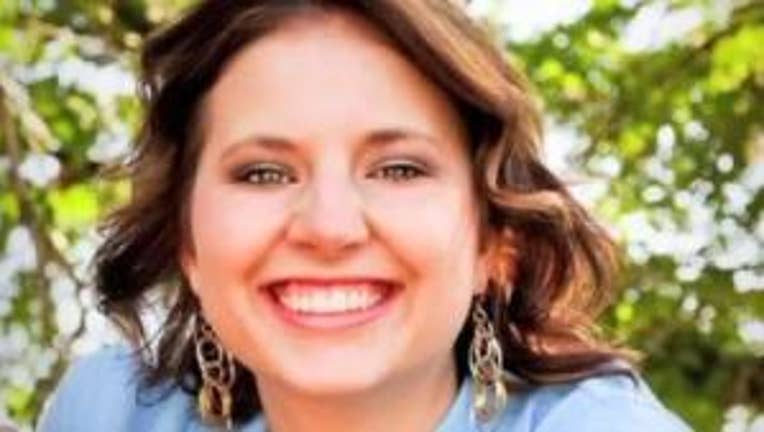 SALEM, Ore. (FOX13) — Police searched a heavily wooded farming area Wednesday near Salem for the possible remains of Susan Cox Powell, who vanished in 2009, and whose husband, Josh Powell, later moved to Washington state and killed their children and himself there.

Investigators gathered at a farm in Scotts Mills, Ore., focusing in a heavily wooded area.  Reporters from Salt Lake City's FOX 13 observed numerous cadaver dogs searching the property in an effort to pick up the scent of human remains.

Investigators suspended the search late Wednesday, but said they would resume again on Thursday.

It was reported to be the former property of Steven Powell’s sister Patty Leach. Steven Powell is the father of Josh Powell, who was considered a person of interest in his wife's disappearance.

Josh Powell killed his and Susan's two young sons, Charlie and Braden, and himself in a house in Graham, Wash., in February 2012.

Steven Powell, who lived in Puyallup, Wash., was convicted of voyeurism and sentenced to two and a half years in prison in Pierce County Superior Court on June 15, 2012. Steven Powell has invoked the Fifth Amendment rights on Susan's case.

“This could be a place where they could have dumped Susan’s body,” said Cox.

Deputy West Valley City Police Chief Mike Powell said they were “looking for anything that might lead us to Susan.”

“We have done everything we possibly can to follow up on those and conduct any additional investigation that may lead us to knowing and discovering where Susan is,” he said.

The site, nearly 800 miles away from Salt Lake City, does not seem to match up with a mysterious trip Josh Powell took in a rental car shortly after his wife vanished in 2009. At that time, police noted, Powell apparently took an 800-mile round trip.

Cox said detectives told him they were exhausting leads in the case.

“They were straightforward with me that if this doesn’t come through, they do not have any really good leads right now beyond this,” Cox said. “This is probably it as far as leads go.”

Mike Powell said they have chased many leads in the case.

“We have left no stone unturned. We have done everything that we can possibly think of. Every tip that has been sent in, every lead that has been given to us, every little bit of information has been looked at closely with great detail,” he said. “We have done everything we possibly can to follow up on those and conduct any additional investigation that may lead us to knowing and discovering where Susan is.”

Susan Cox Powell disappeared from her West Valley City home on December 6, 2009. Her husband, Josh Powell, has always been considered a “person of interest” in her disappearance.

In search warrants unsealed by a Utah court, police revealed that in interviews conducted shortly after Susan’s disappearance, they learned the couple had marital problems and that she feared Josh would “destroy her” if she divorced him. Inside a safe-deposit box, police wrote in search warrants that they had recovered a sealed, handwritten letter entitled “Last Will & Testament of Susan Powell.”

Susan had suggested that if she were to die, it may not be an accident, police said at the time.

In court documents filed in Washington state, police there characterized Josh Powell as the “prime suspect” in Susan’s kidnapping and murder. Those documents revealed police had questioned Josh Powell twice shortly after this wife’s disappearance.

While Josh Powell insisted he was innocent, police said there were “inconsistencies” with his statement. He had told police he had taken the couple’s two children, Charlie and Braden (ages 2 and 4, respectively), camping near Simpson Springs in Utah’s West Desert the night she disappeared.

Police claimed that when they looked at Josh Powell’s cell phone, the SIM cards had been removed. Police also found Susan’s cell phone in his possession, along with a generator, blankets, a gas can, tarps and a shovel.

A couple days after Susan was reported missing, police said that Josh Powell rented a car (police had seized the family’s minivan) and put more than 800 miles on the vehicle in two days. Where exactly he went has been unknown, but police claimed in search warrants that Josh activated a cell phone near Tremonton, Utah, at the time.

The Washington state search warrant claimed that family friends told police that Josh had made comments about how to “kill someone, dispose of the body and not get caught and that Utah’s West Desert is full of mine shafts, tunnels that are very unstable so that a person can be disposed of an no one would search for the body.”

Police also claimed in court documents that Susan’s children had spoken about their mother, referencing her disappearance. Charlie Powell reportedly told investigators his mommy went camping with them and she did not come back with them and he did not know why.

Police claimed that several weeks later, Charlie told a primary teacher “with no emotion and no hesitation, ‘my mom is dead.’ "

Police have conducted numerous searches for Susan Cox Powell over the years. They searched the area around Simpson Springs, as well as an area near Ely, Nevada.

An August 2011 search by West Valley City police of a home Powell was living at in Puyallup, Wash., for evidence related to Susan’s disappearance led to the arrest of Josh’s father, Steven Powell. He was accused of surreptitiously taking photographs of neighbor children.

Among the thousands of images police claim they found in the home were pictures of Susan Cox Powell that prosecutors alleged were taken without her knowledge. Police also seized Steven’s diaries, which detailed an infatuation he had with his son’s wife.

It was the arrest of Steven Powell that led to Josh losing custody of the couple’s children. He was then involved in a custody battle with Susan’s parents.

On February 5, 2012, Josh Powell killed himself and their children, Charlie and Braden, in an explosion and fire at a home he rented in Graham, Wash. A social worker had dropped off the children for court-ordered visitation. She told authorities Josh Powell grabbed the children and slammed the door in her face shortly before the home exploded and was consumed by fire.

Steven Powell was ultimately tried on voyeurism charges and convicted. He is scheduled to be released from prison as soon at the end of this month. The two neighbor girls Powell is accused of photographing have filed a civil lawsuit against him.

Susan’s family is also considering a series of lawsuits against Washington child welfare authorities over the deaths of Charlie and Braden.

Susan’s family has also been involved in a long-running legal dispute with Josh’s family over the payout of life insurance premiums. Josh Powell had named his brother, Michael, as the one to inherit the bulk of a multimillion-dollar policy for Josh, Charlie and Braden.

Michael Powell had been a defender of his brother and father, creating a website that accused the police of overlooking leads in the case and Susan’s family of mistreating Charlie and Braden.

Michael Powell, 30, committed suicide in February 2013 by jumping from a building in downtown Minneapolis, where he lived.