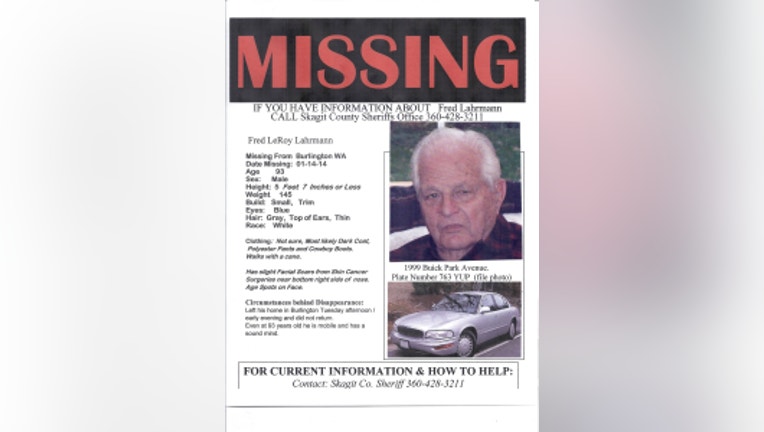 BURLINGTON -- Sheriffs in Skagit County are searching for a 93-year-old man from Burlington who has been missing for a week now.

Fred LeRoy Lahrmann was last seen leaving his home on Tuesday afternoon and he did not return. He is described as having a sound mind, and is mobile. He was driving a silver 1999 Buick Park Avenue.

Lahrmann is described as a white male, 5 feet 7 inches tall or shorter, about 145 pounds, with white hair and blue eyes. He was most likely wearing a dark coat, polyester pants and cowboy boots. He also walks with a cane.

If you see Lahrmann or have any information about his whereabouts, call the Skagit County Sheriff's Office at 360-428-3211.