SHELTON -- It is a dangerous proposition even when an expert tries to make hash oil.

In the hands of an amateur using highly flammable solvents and fire, it is dangerous and potentially deadly. 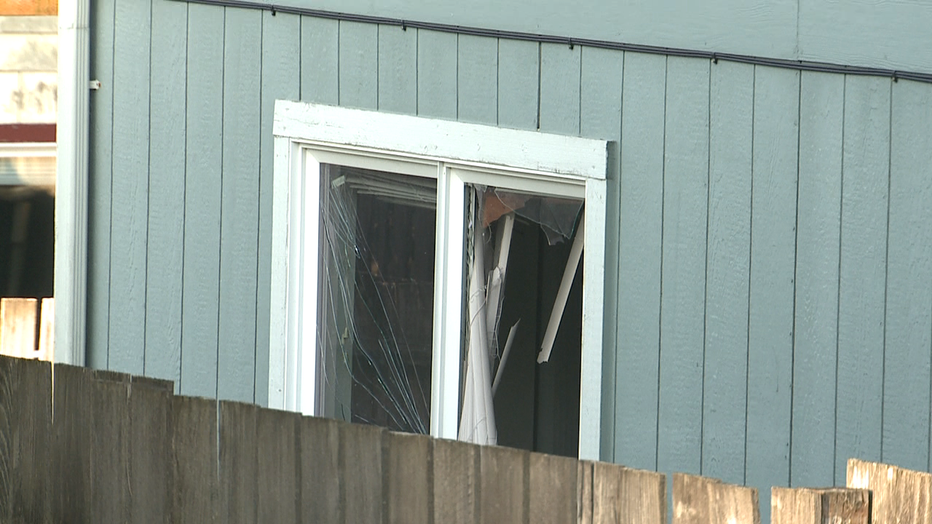 The first 911 calls came in just after noon Tuesday.

Take a look at the damage.

You can see the sliding glass door is completely blown out.

"There was glass, in fac,t that was blown out of a window there with such force that shards embedded in a fence that surrounds the property. I don't think there was enough of an explosion to cause any structural damage outside of that particular residence. But certainly we're concerned about activity of this nature,” Shelton Police Department spokesman Les Watson said.

Three 20-year-olds and a teenager drove themselves to area hospitals with multiple injuries. Two were transferred to Harborview with burns.

The homeowner says she rented them her basement and had no idea what was going on down there.

"I was at work and I heard that there had been an explosion not far from my house,” neighbor Dennis Leverich said.

Dennis Leverich lives half a block away.

He still can't believe it happened here in his own neighborhood.

"It`s kind of scary that you just don`t know. It could happen anyplace, exactly,” Leverich said.

And that is the biggest concern; that we will see more explosions like this.

Marijuana is readily available and complete step by step instructions are posted all over the Internet.

"Drugs are so rampant these days. It's almost like they're part of our lives it seems like to me. I don't like it,” neighbor Bill Young said.

For those who are wondering about the legality of amateur hash oil production, the short answer it is not legal.

The new laws governing marijuana in our state dictate oil can only be produced in a licensed facility with proper equipment and chemicals.