SEATTLE -- Wearing blue scrubs, black pants and clogs a woman attempted to blend in with hospital staff while she roamed the halls in what appears to be an attempt to steal narcotics.

Police said she first tried to pry open a medication dispensing machine called a PCA and when that didn’t work, she proceeded to cut the patient’s IV line.

“He woke up and confronted her and she says, ‘Oh I’m going to go get your nurse.'  Then she left the room and didn’t return,” Seattle  detective Renee Witt said.

Police said the woman then went to another floor and tried to do the same thing. 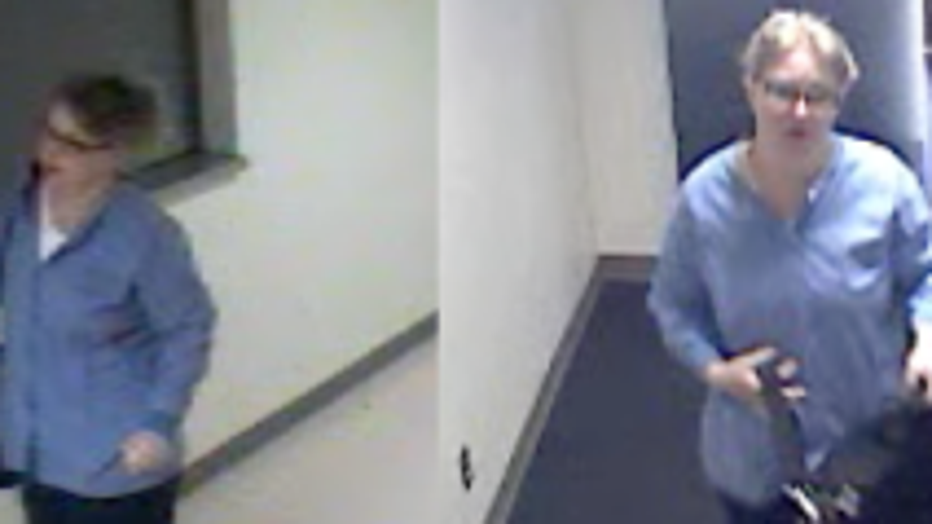 “It’s so easy to gain access into hospitals and of course if you need drugs, that is the place to go,” Ben Scaglione said.

Scaglione is one of the nation’s top hospital security experts and recently worked at New York Presbyterian.

“Hospitals tend to be big places and have a lot of entrances and exits. Visitors should be checked in and make sure they belong and that they’re visiting a certain individual. Probably in this case what you’ll find is that woman was probably a patient or visitor at some point so she knew the building,” he said.

Many hospitals require visitors to check in and some provide a badge with a photo on it before you can enter patients’ rooms.

“They do have that system at St. Joes in Tacoma. If you go into the ER you have to get a badge before you visit anyone. That seems totally legitimate,” said Jenny Chambers who was at Swedish visiting her brother.

Other hospitals, like Valley Medical Center in Renton, have staff wear color-coded scrubs that indicate which floor they work on -- a policy like this would flagged the fake nurse, who was wearing black pants.

Police are advising all local medical facilities to be on alert in case this nurse impersonator strikes again.

“She’s obviously confident and there is a possibility she may move on to other hospitals. We are hoping that people will be on notice at this point and if they see her to call 911,” Witt said.