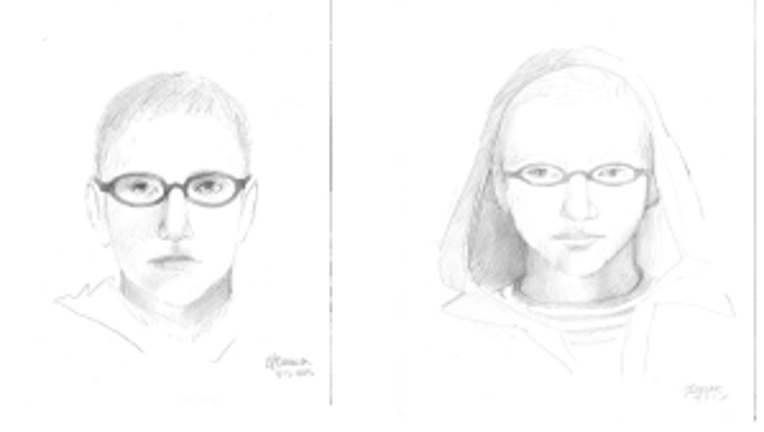 BELLINGHAM, Wash. -- Police released a sketch of a man they believe responsible for two attempted abductions March 1 in Bellingham.

According to police, the first incident occurred when a 13-year-old girl was waiting for the bus Friday. While waiting, a man walked up behind her and tried to grab her. When she fought, the attacker sprayed her in the face with some unknown liquid that burned her eyes, police said.

Later Friday, a 24-year-old woman on a walk by herself was attacked much in the same way. Again she was approached by a man from behind, and again she was sprayed in the face when she fought off the attacker.

In both cases the victims described their attacker as a white man in his 20s with light facial hair and dark rimmed glasses. He was 5’ 5” to 5’ 7” tall and had a thin build. The suspect was last seen wearing blue jeans and a black colored hooded sweatshirt.

Police are asking anyone with information to please contact Bellingham Police Detective Jana Bouzek at 360-778-8826.