PORT ORCHARD, Wash. -- Kitsap County sheriff's detectives are asking for the public's help finding a man they are calling a person of interest in a quadruple murder on Jan. 27.

"This was not an act of passion. It was methodical. It was planned out and we do not believe that this person acted alone,” Detective Lissa Gundrum said.

Just before 11:30 p.m. on Jan. 27, deputies received a desperate 911 call for help from a house in Seabeck near Lake Tahuyeh.

When first responders arrived, they found a burning home and three bodies inside — 16-year-old Hunter Schaap, 16-year-old Johnathon Higgins and his mom, 37-year-old Christale Careaga. The next day, Christale's husband, Johnny Careaga, was found murdered in his truck in Mason County.

Investigators say all were victims of homicidal violence.

Detectives say the person of interest entered the Silverdale Target at Randall Way and Kitsap Mall Boulevard 12 days before the murders.

"If anyone recalls having a conversation with this individual around the time of the homicides and didn't think to contact us beforehand, maybe now would be the time to let us know what they had heard or what they learned around that time," Gundrum said.

The person of interest, who appears to have tattoos on his face and neck, left in a silver four-door car, but investigators don't know if anyone else was in the car with him.

"We do the best we can to keep our communities safe. We do our part, but we need everyone to do their part, too. If you know something about these homicides, if people recall seeing this person of interest or the vehicle, then I ask that they call us."

Hunter's mom, Carly, is also pleading for someone to come forward with information.

“I’ll never get a first dance with my son on his wedding day and I’ll never get to hold his children ... I’m lost. I’m not who I was," she said.

Detectives say Hunter called 911 for help the night of the murders.

"I’m pleading and I’m asking for the whole spectrum of family and friends, I’m begging for his 911 call to be completed by somebody that knows something," said Carly.

Crime Stoppers of Puget Sound is offering a $4,000 reward for information that helps solve the case. Call the hotline at 1-800-222-TIPS or use the P3 Tips App on your phone. It is guaranteed to be anonymous. 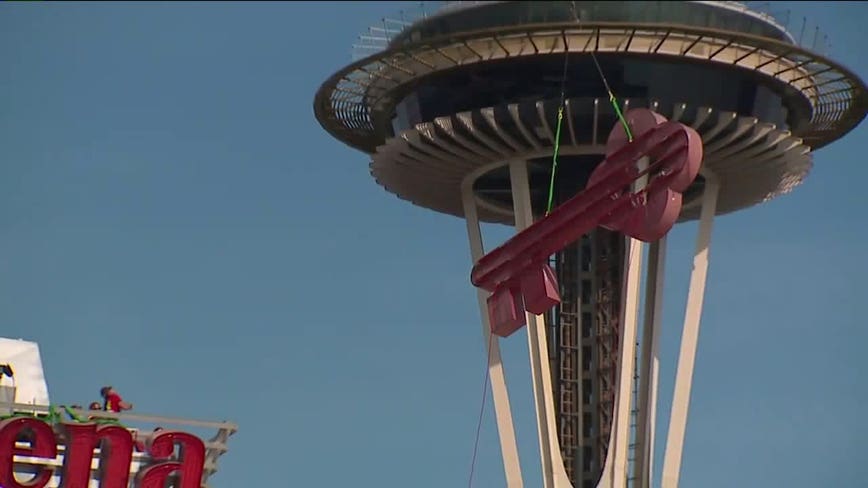