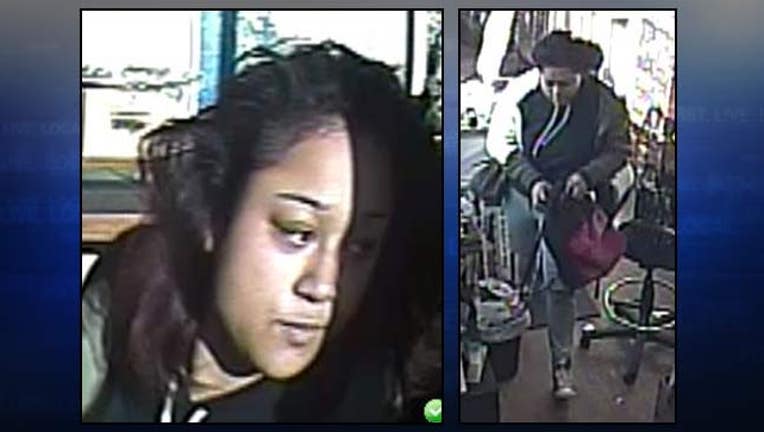 Surveillance video images of suspect being sought in killing of Vancouver, Wash., man. (Photo via KPTV/Portland)

VANCOUVER, Wash. (AP) — Police have released the name of a man killed inside a Vancouver coin shop, and they're asking for help identifying the suspect.


Investigators on Friday released photos of the woman suspected in the death of 58-year-old Bentley Brookes. Brookes worked at to Pacific Bullion Precious Metals on Main Street, where he was shot to death just before noon Wednesday.

Police say the suspect should be considered armed and dangerous.

On Friday, the Vancouver Police Department Major Crimes Unit released surveillance images of the suspect. Detectives asked for the public's help in identifying her.

Police said the woman should be considered armed and dangerous.

KPTV in Portland said no other details, including a possible motive for the deadly shooting, have been released by police.

Anyone with information about the woman in the surveillance images is asked to contact the Vancouver Police Department tip line at 360-487-7399 or email Lawrence.Zapata@cityofvancouver.us.