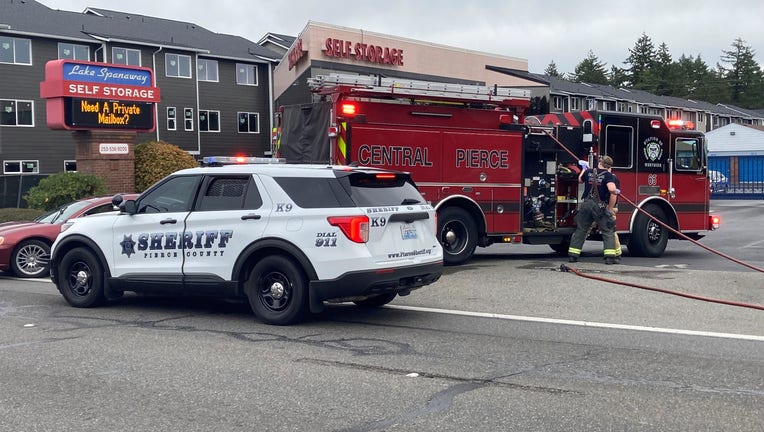 PARKLAND, Wash. - A pursuit with an armed robbery suspect started in Lakewood and ended in the Parkland-Spanaway area Tuesday afternoon.

The Pierce County Sheriff’s Office says Lakewood police began pursuing an armed robbery suspect, who was driving a red pickup truck. That chase continued through Lakewood and ended up near Pacific Avenue South and 149th Street, in the Parkland-Spanaway area, where the suspect was finally stopped.

Authorities say the suspect refused to get out of the truck and said he had explosives in his vehicle.

Law enforcement negotiators arrived on-scene and used de-escalation tactics, but the suspect still would not get out of the truck. Eventually, police sent a K9 into the truck and officers were able to pull the suspect out.

The suspect was transported to the hospital for medical treatment, but no officers were hurt in the incident.