SHEBOYGAN COUNTY, Wis. -- A female police officer was attacked on the job in Wisconsin, and the suspect is accused of saying police officers deserve to be killed.

It all began with a fender bender near the corner of 6th and Superior in Sheboygan. 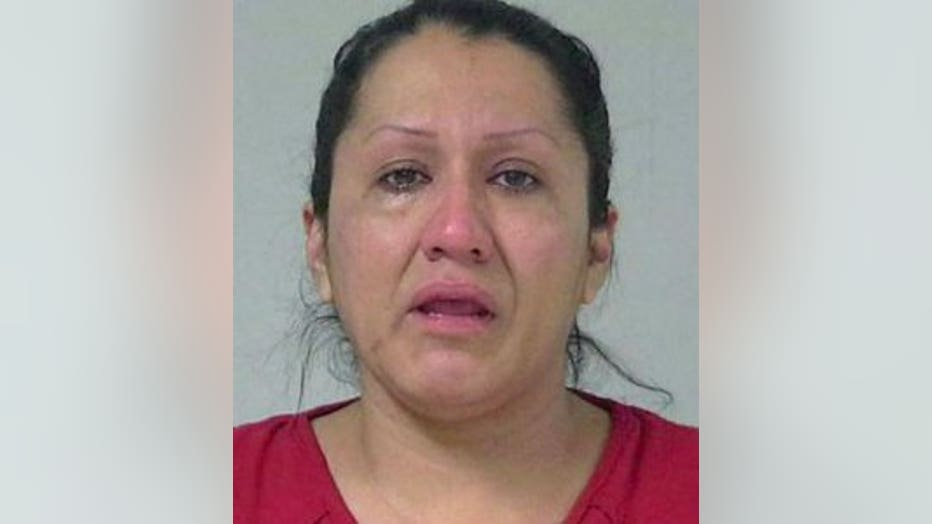 "She was the one hit. She was the victim of the accident," Alexandra Smathers, Sheboygan County assistant district attorney told FOX 6 News.

Prosecutors say the situation would have had a much different outcome for 39-year-old Veronica Padilla if she had simply shown police her driver's license.

"I looked up and I saw the officer and the female fighting," a witness said.

"She is very disruptive. She`s swearing at her neighbors," Smathers said.

Smathers said Padilla's neighbor accidentally backed into Padilla's car in a driveway. There was no damage to Padilla's vehicle, Smathers said, but she allegedly flipped out and the neighbors called police.

Smathers said that's when Padilla lashed out at the female Sheboygan police officer.

"Her hair was in a bun. Grabs her bun and just rips her hair," Smathers said.

The officer ended up with a bald spot on her scalp and hair all over the back of her uniform. Padilla is accused of punching the officer roughly five times in the face.

"A lot of swear words. They were just trying to contain her," a witness said.

As they brought Padilla to the officer's squad, she allegedly shouted: "Police officers deserve to be killed."

"To go and say that -- it`s hugely unnecessary and not OK," a witness said.

This incident took place on July 8th -- just one day after five police officers were killed in downtown Dallas.

Padilla faces one count of disorderly conduct, one count of battery to firefighters or commission wardens and one count of resisting or obstructing an officer.

"For the battery to law enforcement, that`s a Class H felony. She faces six years in prison," Smathers said.

FOX6 News reached out to Padilla's public defender, but didn't hear back.

Padilla made her initial appearance in court in this case on Monday and a preliminary hearing was scheduled for July 20th. Cash bond was set at $2,500.