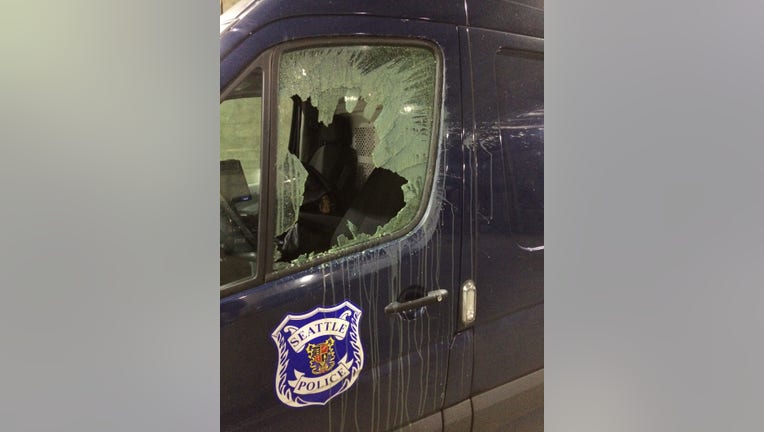 SEATTLE -- Protesters threw a rock through a police van injuring an officer late Saturday in Capitol Hill, according to police.

Officials said the demonstrators marched north, then southbound on Broadway. Around 11:00 p.m., someone threw paint on a police vehicle before another demonstrator threw a rock through the window.

The protesters then marched down the Pike-Pine corridor. Police said someone broke a plate-glass window at a local business on 12th Avenue.

The demonstrators continued around Capitol Hill before splitting into smaller groups and dispersing.

No arrests were made.