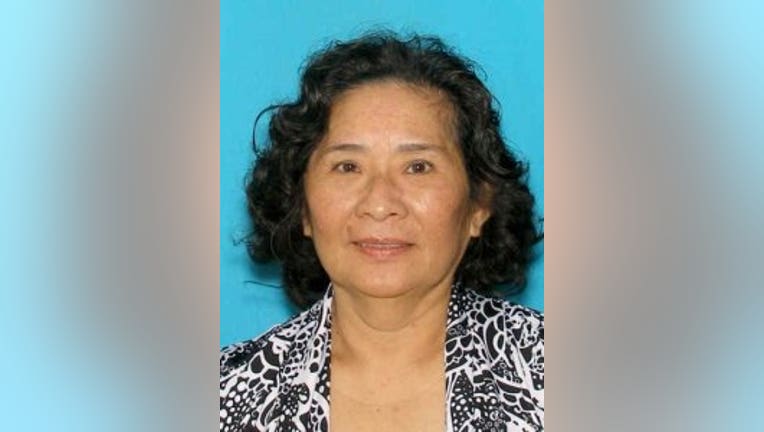 Nhanh Le was last seen at about 3:30 p.m. Thursday leaving her residence in the 19000 block of Military Road South.

According to the King County Sheriff's Office, she suffers from liver disease, kidney failure and diabetes. She may be confused and needs her medication.

She is also without her cellphone and identification, officials said.

She is described by police as 4 feet 10 inches tall and 135 pounds with black hair and brown eyes.  She may be driving a white 2016 Toyota Corolla with Washington plate BBB7434, authorities said in a release.

Anyone with information on her whereabouts should call the King County Sheriff's Office at 206-296-3311.