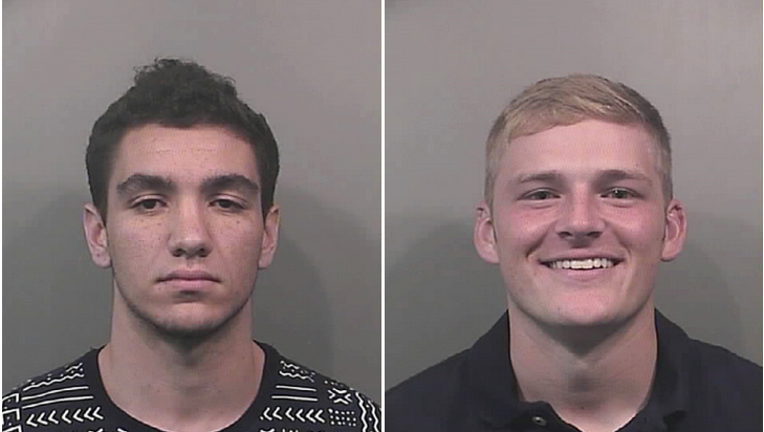 INDIANAPOLIS, Indiana (WXIN) -- Two Indiana minors have joined their friend behind bars after showing up drunk to bail him out, investigators say.

Officials say the pair walked up to the Johnson County Law Enforcement Facility just after 2 a.m. Sunday and waved at deputies through a window. When deputies answered the door, the two said they came to bail out their friend, who had been arrested for underage drinking.

While talking to the men–20-year-old Hanni Bichir and 19-year-old Triston Burton–deputies noticed they smelled of alcohol and appeared to be drunk. A portable breathalyzer was requested, and when it arrived, Triston blew a sample of .135 and Hannie a sample of .161.

Both were placed in handcuffs and walked around the corner into a jail cell. They were both remanded for possession of alcohol by a minor.