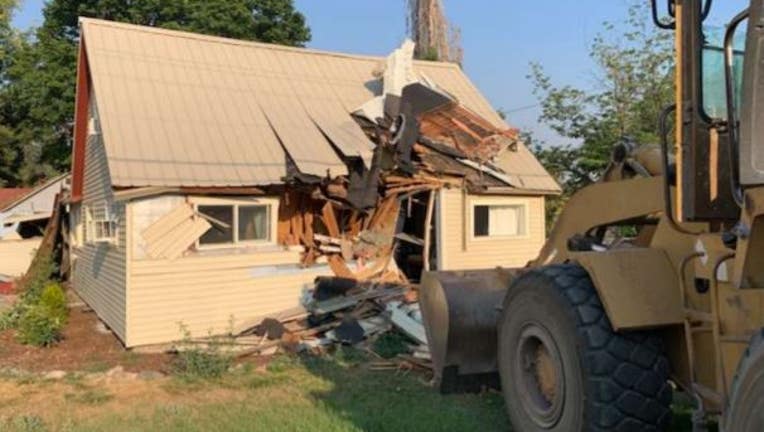 LEAVENWORTH, Wash. - A man from Stevens County has been arrested for allegedly stealing a school bus and driving it through multiple counties before stealing a front-end loader and crashing it into a home.

The Chelan County Sheriff's Office said the incident began around 7:40 p.m. on Saturday near Leavenworth when employees of Osprey Rafting witnessed a man drive away in the company's privately-owned yellow school bus.

Officers were able to track the bus down and saw the driver run a red light near Monitor in Chelan County. Deputies tried to pull the bus over but the driver did not stop.

Washington’s new police reform laws no longer allow law enforcement to pursue a fleeing vehicle unless there is probable cause that a serious felony has occurred, so the deputies had to abandon the pursuit.

Douglas County sheriff’s deputies took over and followed the vehicle eastbound on SR 28 after it traveled through the city limits of Wenatchee and across the Senator George Sellar Bridge.

The Douglas County Sheriff's Office also stopped the pursuit due to the new police reform laws.

Sometime after 8:47 p.m. on Saturday, the suspect ditched the bus and hitchhiked to Spokane, and then to Chewelah, according to police.

On Sunday around 6:53 p.m., the suspect allegedly stole a large front-end loader and drove it through his home, causing a vehicle to flip into the house. 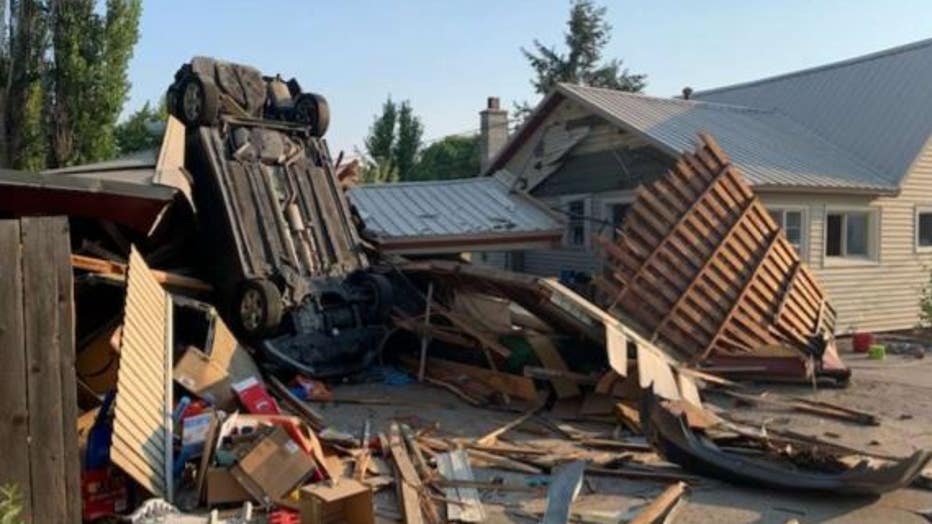 Deputies said the suspect's wife fled the home that day when she learned her estranged husband may be nearby.

The suspect was arrested by the Chewelah Police Department.

The 39-year-old is being held on charges of theft of a motor vehicle, possession of a stolen vehicle, first-degree malicious mischief, domestic violence and attempting to elude police vehicle.