SEATTLE - Seattle Police are asking for the public’s help in identifying an armed and dangerous car prowl suspect who shot at a woman standing in her doorway on Halloween night.

Detectives say the gunman was spotted by neighbors several times in the area of 34th Ave S. and SW Elmgrove St. in West Seattle breaking into vehicles.

When a homeowner saw the suspect while taking out his trash after a small neighborhood party, he yelled at him to get away from his car.  The homeowner’s wife heard the shouting and opened the front door to see what was going on. That’s when police say the suspect slowly turned towards her and fired his handgun.

Seattle Police are asking for the public’s help to identify an armed and dangerous car prowl suspect who shot at a woman standing in her doorway on Halloween night.

She told officers she felt the swoosh of the bullet, slammed the door shut and dropped to the floor, fearing for her life.  Police found a bullet lodged in the siding next to her front door.

"This guy is obviously brazen. He was chased away from the exact same location a couple hours prior and then comes back to try it again, so he's in the area. We need to find him and get this guy into custody," said Ret. Sgt. Jim Fuda with Crime Stoppers of Puget Sound.

The suspect is described as a white man in his 30’s, heavyset with a beard, glasses and carrying a green backpack. If you can identify him, text the information through the P3 Tips App on your smartphone or call 1-800-222-TIPS. There is a cash reward offered of up to $1,000 for information that leads to his arrest. 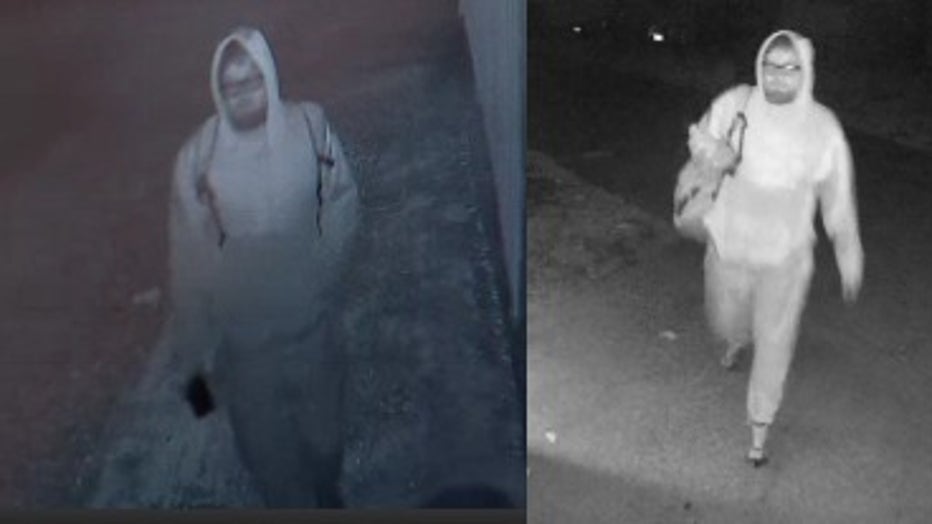