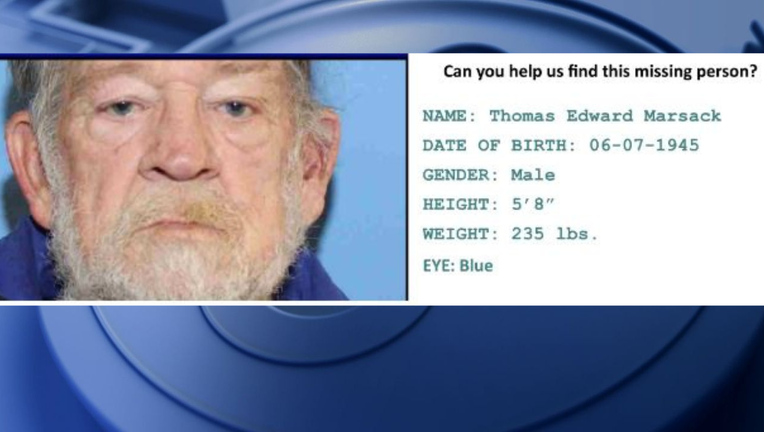 RENTON, Wash. - Renton Police are asking for the public's help in locating a missing 77-year-old man.

Police say Thomas Marsack was last seen in the area of 215 Whitworth Ave. S. around Nov. 19. His neighbors and property manager say it's not like him to be gone from his residence for so long, especially with a cat at home.

Renton animal control took custody of the cat to make sure its safe while authorities locate Marsack.

Marsack has mobility problems and walks with a cane. He also suffers from PTSD and depression-- he has medication for both but it's unclear if he has his meds on him. He is not linked to any vehicle and is likely on foot.

If you have any information regarding his whereabouts or believe you've seen him, call 911 and reference case #22-12916.