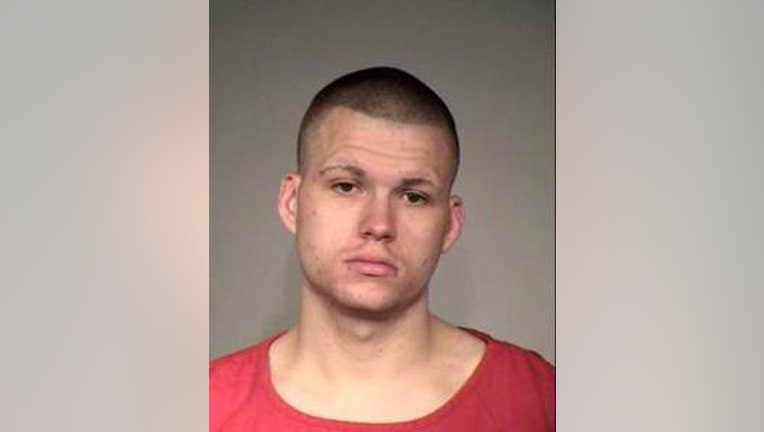 Police said they believe this man, David Hansen, 25, has been targeting victims through online personal ads and then robbing them. (Photo: Seattle Police Dept.)

SEATTLE -- Seattle police said Wednesday night they are looking for a man who they believed robbed victims he met through online personal ads.

The Seattle Police Department said the suspect eluded officers in the Central District Tuesday night, but detectives are hoping the public can help track him down.

Police said they believe David Hansen, 25, brutally beat and robbed a man in November after meeting him for sex.

In another case earlier this month, police said, Hansen showed up at a Capitol Hill home for sex. Once inside the home, Hansen pulled out a gun and stole phones, laptops, and wallets from two men.

Detectives are working to arrest Hansen for the two robberies, and are hoping anyone else targeted by him will contact police.

Seattle police ask that if anyone has been victimized by Hansen or know where police can find him, please call 911 or contact the Robbery Unit at (206) 684-5535.