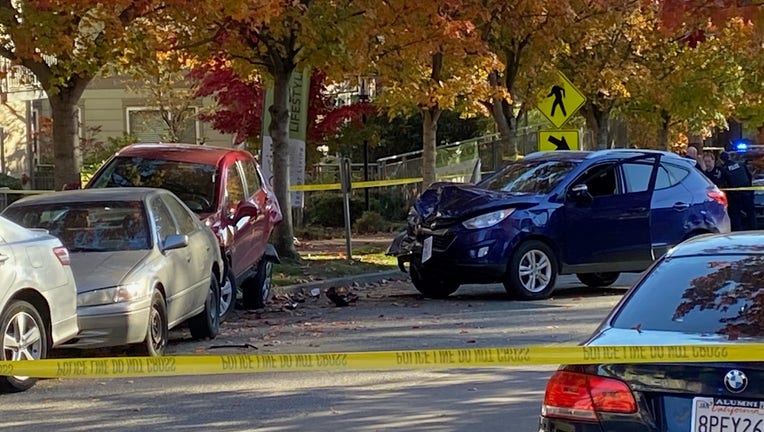 SEATTLE - Police are investigating after a driver crashed into an elderly woman on the street, leaving her with life-threatening injuries Saturday afternoon.

According to the Seattle Police Department (SPD), the crash happened on Valley St & 4th Ave N in Seattle's Queen Anne neighborhood at around 1:00 p.m.

Authorities say the 87-year-old woman was walking near the street when she was hit. Roads in the area will be closed while detectives investigate.

FOX 13 photographer Clint Edwards reported seeing what appeared to be five cars that were damaged in this crash – most of them parked on the side of the road.

The driver is currently being investigated for driving under the influence.