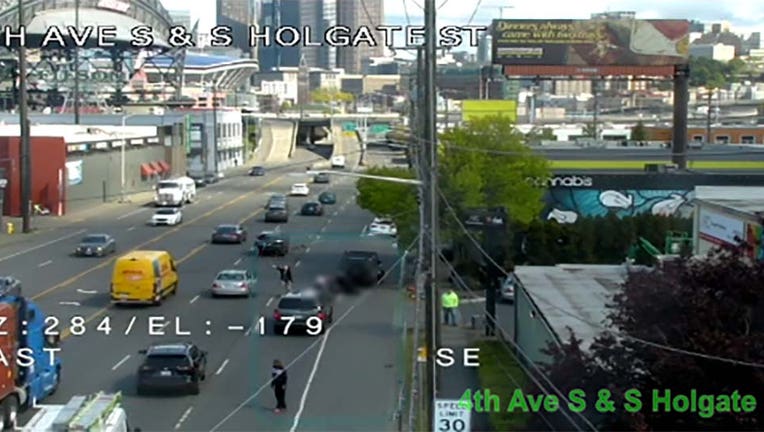 According to Seattle Police Department (SPD), roads will be shut down in the area while detectives investigate the scene and collect evidence.

Authorities are asking drivers to find alternate routes if possible. Details as to when the roads will reopen are limited.

At around 11:30 a.m., the Seattle Department of Transportation (SDOT) posted the traffic update on Twitter saying the northbound right lane was blocked.

In the photo posted by SDOT, people are seen standing next to two parked cars on the right-hand lane, guiding traffic. One person appears to be laying on the ground next to one of the parked cars.

At this time, there is no information about what caused the crash or how the person died.