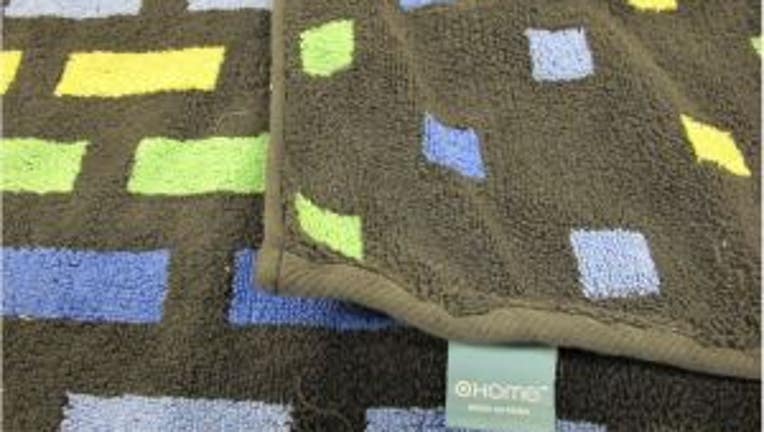 A picture of the towel found with a dead baby Wednesday in North Bend.

NORTH BEND -- Police are hoping a set of towels can help solve the mystery surrounding a dead newborn baby found in a wooded area near North Bend Wednesday.

King County Sheriff's Office released a photo a towel found with the dead baby. They are hoping someone will recognize the towel and call police with information that will help the case.

The towel is a full-sized faded black bath towel with multiple color square patterns on one side and rectangles on the other side. The towel is a Target brand, Home Collection model.

Deputies responded to a 911 call at about 2:15 p.m. Wednesday, from a passer-by, who found the baby in the woods near the Kimble Creek bridge in the 38800 block of SE North Bend Way.

Detectives said the baby appeared to be full term. But they said they are also concerned about the health of the mother as she made need medical attention.