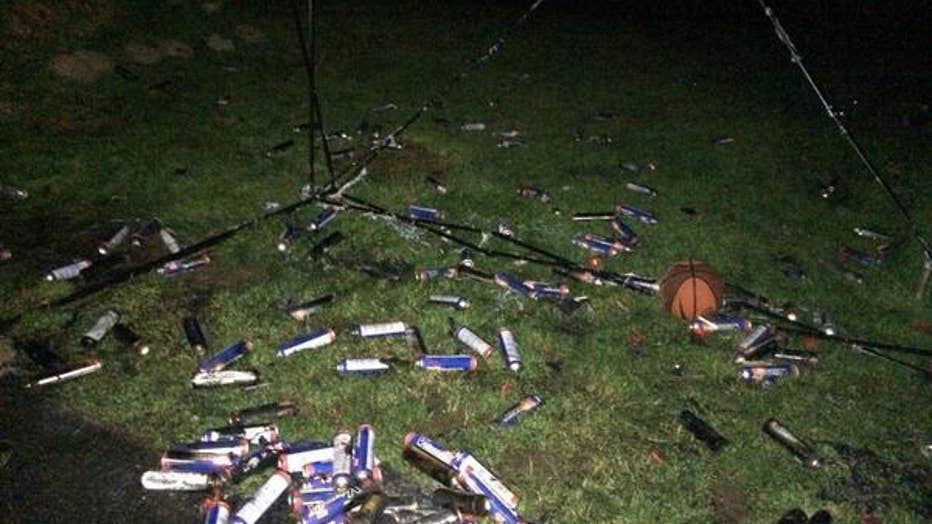 PUYALLUP - A suspected hash oil making operation set off numerous explosions outside of a Puyallup home, setting the house on fire.

Police found the house on fire and multiple explosions going off  in the driveway area, Captain Scott Engle reported.  There were numerous people at the home at the time of the fire and explosions. Several people fled  the home as more police arrived, Engle said.

Fire crews from Central Pierce Fire and Rescue put out the fire, which had spread to a nearby car in the driveway.  Fire crews found multiple butane canisters littering the area near the home.

Initial investigation found a THC/Hash Oil drug lab extrication had been set up in the driveway under a tarp style canopy, Engle said.

Despite the fire and explosion, no one was hurt, Engle said. Police took four people into custody, and fire and police investigators were on the scene.