Metro police said the shooting took place around 7 p.m. in front of the resort on the strip. Officers received a call about an armed man in front of the hotel fountains when gunfire was exchanged, according to authorities. Neither the officers nor the suspect was injured in the gunfight, police said.

An officer told the Las Vegas Review-Journal that the suspect is in police custody. 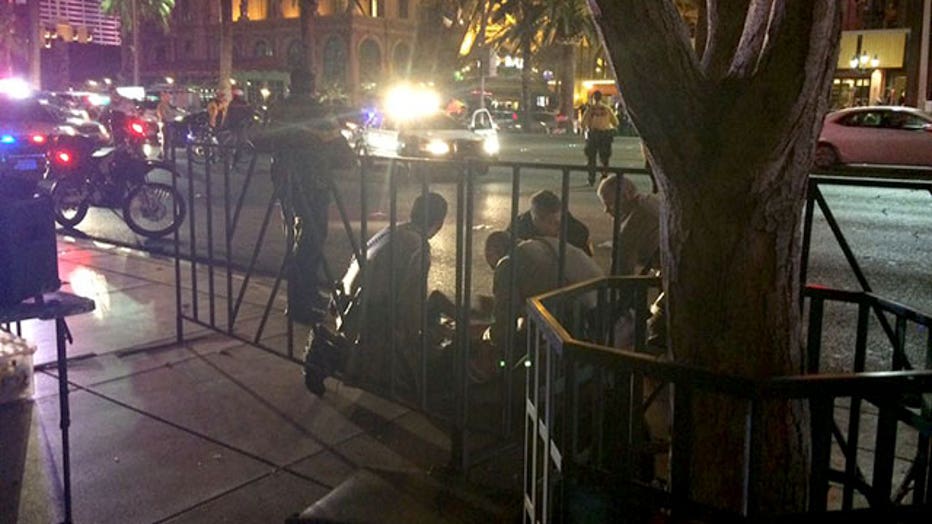 Police are investigating whether any pedestrians were hurt in the incident. One person said in a video posted on Instagram they were hit in the ear, according to Fox 5 Vegas.