MARYSVILLE, Wash. -- At least two people were dead -- including the gunman -- in a shooting Friday morning at Marysville-Pilchuck High School, according to police.

Four people were injured, including three critically, and transported to Providence Regional Medical Center in Everett.

Two of the victims were later transferred to Harborview Medical Center in Seattle -- they were later identified as Andrew Fryberg, 15, who was in critical condition with a gunshot wound to the head, and Nate Hatch, 14, who was shot in the jaw and listed in serious condition.

Two unidentified girls were hospitalized in critical condition at Providence.

Police said all of the wounded were under 18. 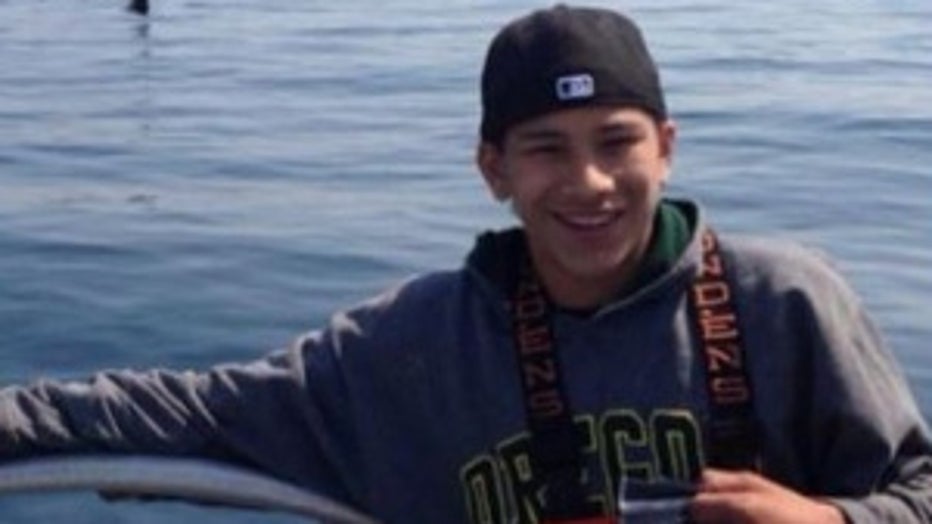 Authorities first learned about Friday's shooting at Marysville-Pilchuck High School -- located in the 5600 block of 108th Street NE -- after getting a 9-1-1 phone call around 10:40 a.m. from someone inside the school, said Robb Lamoureux of Marysville police.

The school was placed on lockdown at 10:45 a.m. Friday. Police and emergency vehicles could be seen around the school.

Police were searching room to room with guns drawn and marking rooms as they cleared them. Officers were finding students and staff members hiding throughout the school.

Shortly after 11:00 a.m. groups of students were seen walking away from the school with their hands in the air. Others were bused to a nearby church. Officials were asking parents not to come directly to the school.

The gunman went up to a table with students, "came up from behind ... and fired about six bullets into the backs of them," witness Jordan Luton told CNN. "They were his friends, so it wasn't just random," Luton said.

Another student told Q13 FOX News that she was eating in the cafeteria just two tables away when she saw the gunman stand up and pull a handgun out. Peyton said she heard five gunshots and ran to the nearest exit with other students.

"Earlier today, Marysville Pilchuck High School was placed in lock down following an emergency situation. Police and emergency services responded and are now directing from their command center along with assistance from Marysville School District staff.  We are actively working with law enforcement in identifying students and getting them home safely.

A student reunification center is located at the corner of 116th and 51st Street at the Shoultes Community Church. Support services for students and families are also available at this location.

All after school events have been cancelled district-wide.

This is an active police investigation. All media calls are being directed to local law enforcement. Additional information will be released as it becomes available.

We want to extend our thoughts and prayers to the families involved in this tragedy.  When something happens to one of our children, it happens to all of us.  We are working closely with law enforcement.  Our thoughts are with all students, families, staff, and our communities during this time.  "

The school district announced late Friday that school would be canceled for the week of Oct. 27 out of respect for the victims.

An ATF official said the handgun used in the shooting had been successfully traced and it had been legally acquired.

The next media briefing was scheduled for 9 p.m.

A prayer vigil was scheduled for 6:30 p.m. Friday at The Grove Church, 4705 Grove Street in Marysville.

This is a developing story. Stay with Q13 FOX for updates on this breaking news.