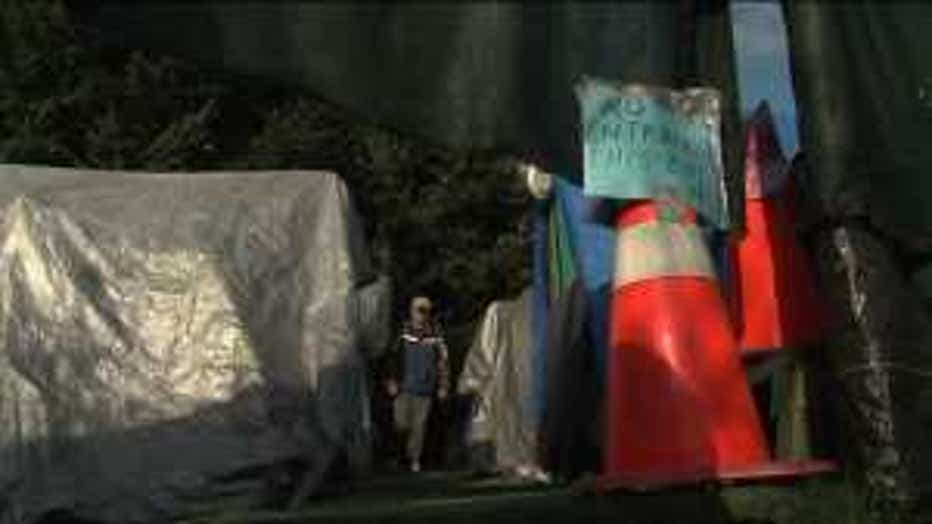 The arrest of an alleged sex offender living in a Kirkland tent city has set the homeless encampment’s closure into motion.

Tacoma police tracked Erskine and arrested him at the encampment last week. After the arrest, the church asked for weekly sex offender checks on all of the people living there. But the church said the Share/Wheel, the organization that runs the tent city, refused.

And now nearly 100 people will have to find someplace else to go by Thursday.  Share/Wheel is shutting down tent city, citing "internal camp problems," and saying it's residents haven't been meeting their "community obligations."

"Share/Wheel is kicking us out as of 9 o'clock tomorrow morning," camp resident Amily Easter said.

Camp leader Steve Wiggins said Share/Wheel refused to put residents through a weekly sex offender check, calling it an invasion of privacy. All residents undergo background checks when they first move into camp. And since Erskine passed his -- the charges were filed after he moved into the camp -- nearby residents are concerned that the tent city may put their families at risk.

"First and foremost we have to keep our families and our communities safe and that comes before reaching out to these tent city patrons," area resident Erin Vernon said.

"Doing the sex offender checks would make me happy," Easter said. "I'd like to know who's sleeping in the tent next to me."

But though the closure may help ease concerns in the short-term, tent city users and area residents are now faced with a different dilemma.

"I will feel relieved," Vernon said. "But I do want the homeless taken care of."