Federal Way Police Chief Brian Wilson said the gunman -- a 28-year-old man who shot his girlfriend and three other people before being killed by police --  opened fire on all three male victims in an attempt to eliminate witnesses to the murder of his girlfriend.

Multiple 911 calls alerted police to the initial shooting when police said the suspect shot and killed his girlfriend. Investigators believe the shooter then took a shotgun to another apartment in the complex and fired a couple of blasts through the front door – killing his 62-year-old neighbor. 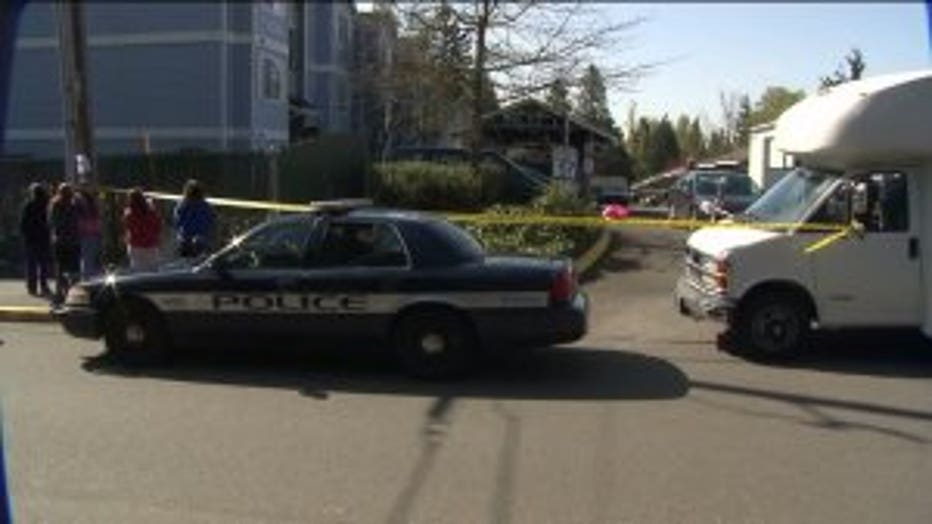 Cops say the shooter killed two more strangers in the parking lot. When police arrived at the scene, the suspect allegedly pulled his gun and was shot and killed by eight officers.

“Preliminarily, we believe that he may have been trying to kill his witnesses that may have seen him,” Wilson said.

Police said the suspect has a history of domestic violence calls, once in Seattle and another in Federal Way, but he was never charged in those cases. Investigators have not released the identity of the shooter or his victims, but Wilson says his officers did everything by the book to keep people safe.

“Some of the tactics used yesterday have been recently a part of our training program in the last six months,” said Wilson. “It’s really specialized stuff and I am convinced it made a difference in saving officer’s lives. Police training saves officers lives and it saves community members lives.”

The eight officers who discharged their weapons are on paid leave while the Valley Investigation Team is looking into shooting. Police said the leave was standard procedure for any officer who discharges their weapon.

Shockwaves were still reverberating a day after the event in the close-knit community. Sylvia Valdovinos, the mother of one of the victims, said the whole incident left her in disbelief.

“I miss him, I wish he were here,” Valdovinos said. “I can’t believe this is happening.”