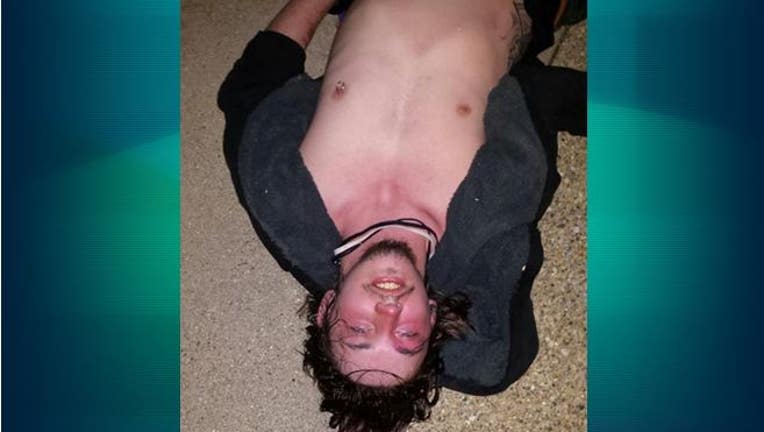 GEORGETOWN TOWNSHIP, Mich. — A former police officer caught a man he says was breaking into his home in the middle of the night, tied him up and then photographed the man on the ground reported FOX17 News.

It’s a picture that is now making the rounds on Facebook.

It happened earlier this week in a small town in Michigan.  Police said the former officer, Tim Guikema, was getting ready for work around 3:00 a.m. when he heard a car alarm going off.

“When I looked out the window I saw two guys dressed in black carrying backpacks,” Audra Guikema, Tim’s wife, told FOX17 News.
Guikema ran outside and wrestled one of the men to the ground then yelled to his wife to call police.

When police arrived, 19 year old Brady Veltman was tied up on the ground and ready to be arrested.

FOX17 News reported that Veltman had a blood alcohol level of .13 at the time of the incident and now faces a number of charges include home invasion and minor in possession of alcohol.

Read the full story at FOX17online.com