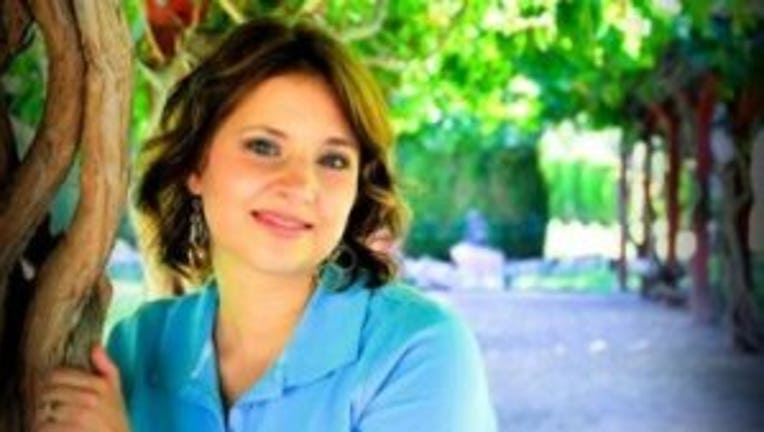 WEST VALLEY CITY, Utah (FOX13) – The West Valley City Police Department announced Monday that, after 3 ½ years, they will no longer be actively investigating the disappearance of Susan Cox Powell, although the case will remain open.

West Valley City Manager Wayne Pyle announced the end of the search for the missing West Valley City woman during a news conference Monday afternoon. She disappeared in 2009. Her husband, Josh Powell, was a person of interest in the case, but he killed himself and their two children in Graham, Wash.

According to The Salt Lake City Tribune, Deputy Police Chief Mike Powell (who is not related to the Josh Powell family) said, "We have left no stone unturned during the last 3 1/2 years of this investigation."

Mike Powell said during the news conference that investigators believed early on that Josh Powell was involved in his wife’s disappearance, but were unable to find evidence with which to charge him.

Mike Powell also said that Josh Powell’s father, Steve Powell, was not directly involved in Susan’s disappearance but may have learned of it afterward.  "He is entirely uncooperative and wants nothing to do with law enforcement," Mike Powell said.

Police were not able to decipher encrypted communications that were passed between Josh Powell and his brother Michael, who committed suicide last year.

Police have released more than 30,000 pages of documents related to the Powell case.  The documents were given to FOX 13 under a public records request.

The initial report details how West Valley City police were called to the Powell home on Dec. 7, 2009, on a welfare check.

A police report describes how officers broke into the house after Josh’s mother worried they might be victims of carbon monoxide poisoning. Inside, they found a pair of fans pointed at the couch. Officers also describe finding a carpet cleaner in the master bedroom, and Susan’s purse. Her keys were still inside.

A camcorder was on a bookshelf, pointed at the front door. Police later said they found blood droplets near the front entrance.

“Hey Susan, I’m just worried about you,” her mother, Judy Cox, said in one message.

Another message was left by her husband, Josh.

“Hello Susan,” he said on the recording. “We are on our way back and… um, I can’t believe, somehow my brain missed a day and I thought today was Sunday. That was really, really stupid, but hopefully you got to work OK.”

Police wrote in their reports that when investigators did finally track down Josh Powell to question, he was evasive.

“I spoke briefly with Josh and I asked him where he was,” an officer wrote. “He stated he was getting his boys something to eat. Then he would ignore me and talk to his boys, asking them if they wanted pizza or hamburgers. I explained to Josh that we had been at his house since 1000 hours this morning and had spent the entire day trying to locate him and his family. I asked him if Susan was with him. Josh stated, ‘No.’ I asked him where she was. He stated she should’ve been at work.”

In other interviews conducted by West Valley City police, Josh Powell appeared evasive. At times, he wouldn’t answer questions and he trailed off in thought.

“Do you know where Susan’s at?” West Valley City Police detective Ellis Maxwell asked him.

Maxwell noted Josh would not provide answers or ideas to help locate his missing wife.

Later in that same interview, detectives reveal that the couple’s children had said “Mom went with you guys last night and that she didn’t come back.”

“She did not go with us,” Josh replied.

Detectives tried to press Powell, but he insisted “there’s nothing that happened. She was not with us and if my kids said that…” he trailed off.

After a few more attempts at questioning, Josh Powell said he wanted a lawyer and ended the interview.

After that interview, police believe Josh Powell rented a car and drove hundreds of miles. Where he went, remains a mystery. The documents released by West Valley City police include photographs of the rental car and Josh Powell’s minivan.

Among the evidence, a diary written by Susan that included an undelivered note to her husband detailing her complaints with him; a folder that said “Don’t Throw Away – Josh issues;” and a “Last Will and Testament,” the claimed that if anything happened to her it wouldn’t be an accident. There was also a letter that included a note to her children that said, “I would never leave you!”

Other reports detail how police looked at other members of Josh Powell’s family for any involvement in Susan’s disappearance. In 2010, police persuaded Josh Powell’s sister, Jennifer Graves, to wear a wire and confront her brother inside her family’s Puyallup, Wash., home.

Police also pursued hundreds of tips. Some were from psychics, others from ordinary people with their own theories on the case. In one, a woman named “Kourtney” claimed to have had an affair with a man named “John Staley,” whom she said was Josh Powell. Police noted the woman was not very cooperative.

The documents also detail the searches, wiretaps and efforts to locate Susan.

Josh Powell killed himself and the couple’s children in February 2012. In photographic evidence, police showed the charred minivan in the garage and a scorched hatchet they believe Josh used on Charlie and Braden before the home exploded in Graham, Wash.

It wasn’t until police got a tip that Josh's brother, Michael Powell, had sold a car to an auto yard near Pendleton, Ore., shortly after Susan’s disappearance that they began to look closely at him for any involvement. Michael Powell committed suicide earlier this year.

Mike Winder, West Valley City mayor, said in a press conference he believes police did all they could to solve the mystery.

“Tens of thousands of pages, and as you go through those it will be easy to Monday-morning quarterback perhaps, but I think at the end of the day you’ll see a police force that was completely dedicated from the beginning, completely professional from the beginning,” he said. “And did everything they could do to find Susan and bring her home.”