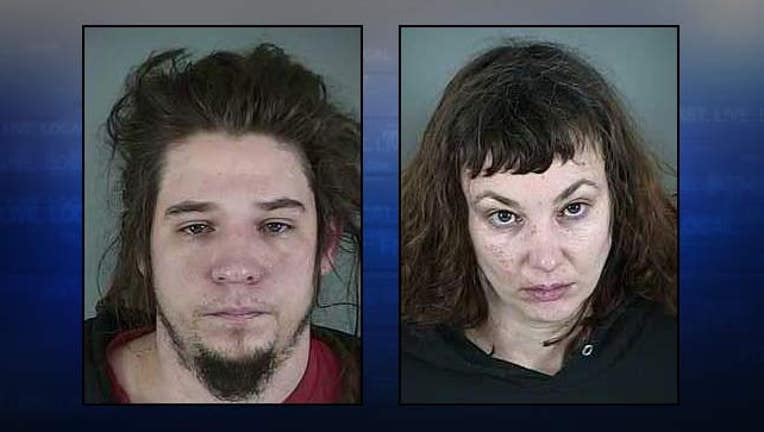 EUGENE, OR (KPTV) -- Police said a drunk duo denied service at a Eugene pizza place tried to set the business on fire by lighting their homemade moonshine.

Employees said Matthew Bossard, 32, and Leticia Kagele, 36, were refused service because they were intoxicated.

After they left, the employees locked the door to the business. Police said Bossard and Kagele returned and began pounding on the door.

The frightened employees called 911, police said, and then moved into the basement.

Bossard and Kagele broke the glass out of the front door and forced their way into the building, investigators said. The suspects are then accused of removing a curtain from the broken window and using it as a wick to light some of the homemade moonshine they were carrying on fire.

Police said the liquid was ignited and thrown into the restaurant.

Officers arrived and arrested both suspects. Bossard is charged with arson, burglary and criminal mischief. Kagele is facing charges of arson and burglary.