SEATTLE -- Charles Stockwell, 33, was charged Wednesday with first-degree assault in the "brutal and merciless" attack on a woman walking her dog in Redmond's Marymoor Park last August, the King County Prosecutor's Office announced.

Bail was set at $1 million.

According to court documents, on Aug. 5, 2016 at about 6:45 p.m., while the victim was walking her dog on a trail in Marymoor Park, the defendant rushed at the victim from behind, grabbed her, lifted her off her feet and threw her to the ground. The man began punching the woman in the face and then "tried to strangle her by pushing his thumbs into her throat."

"When the victim asked the defendant why he was doing this, he responded that he 'had' to do it and that he was going to kill her," the documents say.

During the attack, the man grabbed the woman's arm, wrenched it behind her back and popped her elbow out of her socket. "With the victim screaming on the ground in pain, the defendant took a shoelace out of one of his shoes, put it around the victim's neck, and began strangling her with it," the documents say.

The attacker fled when a man walking in the area heard the victim's screams and ran over.

"A mixed DNA profile" was obtained from the shoelace used to strangle her and a during a routine CODIS search, the profile "hit on the defendant, Charles Stockwell, as a possible contributor."

Three days after the attack, Stockwell was arrested for burglary in Thurston County.

He was transported to Western State Hospital on Dec. 16 and has remained there since. He has been found incompetent to stand trial so far.

In December, the victim of the attack, who does not want to be identified, issued this statement:

"First I want to thank the King County Sheriff’s office and the King County Prosecutor’s office for their continued work, diligence and support over the last six months. Many other local police departments, FBI, Crime Stoppers and the media did their part in getting the word out, assisting in the investigation and trying to keep the public safe from this man. 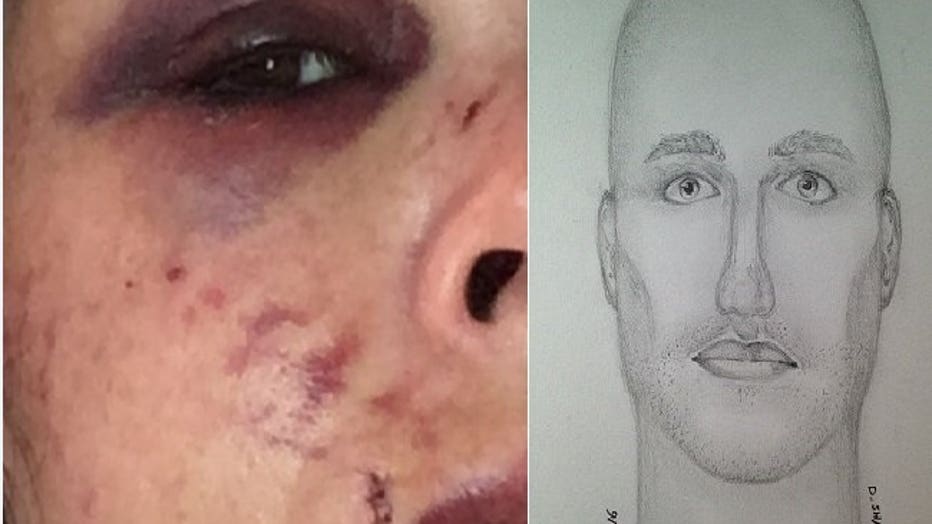 Photos show the facial injuries of the victim and a police sketch of the attacker.


"I want to thank my family, friends and community for your continued support.

My focus has been on recovery, protecting the public from this man and on making a strong case for the prosecution. I continue to recover physically and mentally. The public is safe with the man identified and in custody. Now I want to focus on what I can do to ensure he is in prison and off the streets for as long as possible.

"I have faith in and support the Prosecutor’s plan and reasons behind not releasing additional information at this time. I hope and ask that the public and media give them the time needed so they can do their part preparing the best possible case.

"It is not over yet we still need to put him in prison for a very long time so that he is not able to hurt anyone else ever again."