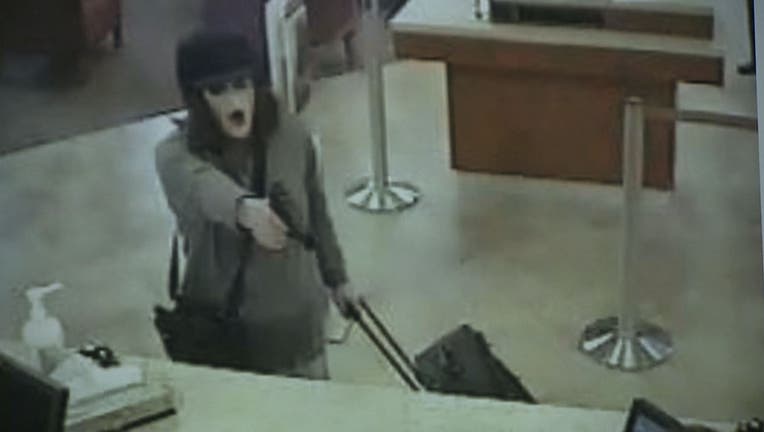 This image from the Madison Park Wells Fargo bank surveillance camera show the robber, in disguise, holding what appeared to be a handgun. Police believe it was an airsoft gun. (Photo: Seattle Police Dept.)

SEATTLE -- Police were on the defensive after Thursday’s fatal shooting of a man suspected of robbing a bank and later allegedly charging an officer with a knife.

Investigators say Seattle police detective Jim Rogers, a 15-year veteran of the force, shot the suspect, Cody Spafford, 26, of Seattle, multiple times with a patrol rifle. He died at the scene.

The incident began with a robbery at the Madison Park Wells Fargo bank in the 4000 block of East Madison Street.

Police say surveillance camera images inside the bank show a man pointing a realistic-looking handgun, which they say was actually an airsoft gun, at bank tellers, telling them he’d kill everyone if he heard sirens.

In the images, the robber can be seen wearing heavy makeup, or a mask, a wig and women’s clothing to disguise his identity.

The robber ran out of the bank with a cash-filled rolling suitcase.

Shortly after, police received a report of that a silver Hyundai had crashed and rolled over near 39th Avenue East and East John Street. Witnesses called police and reported seeing a man running from the vehicle, pulling off clothing and dragging a piece of rolling luggage.

Dozens of police officers—including SWAT and K9—flooded the area to search for the suspect. Officers spent nearly two hours scouring the neighborhood looking for the suspect.


Police said officers found clothing and cash in the driveway of a home in the 100 block of 39th Avenue East.

When police located the suspect on top of a garage, Rogers got on top of a wall next to the garage and demanded that the man drop the 8- to 10-inch long knife he was holding.

“After this short dialogue between the detective and the suspect, the suspect charged the detective with the knife in his hand,” said Assistant Chief Paul McDonagh. “The detective fired multiple shots from his patrol rifle, striking the subject and he went down.”

The Seattle Times reports that Spafford was the sous chef at the popular restaurant The Walrus and the Carpenter in Ballard.

The restaurant and bar closed Friday to honor the memory of Spafford.

"The Walrus and the Carpenter will be closed this evening so that we may mourn the loss of a dear and beloved friend," the restaurant posted on their Facebook page Friday.

Spafford's co-worker Renee Erickson told The Stranger she was saddened to hear a man she liked and respected could allegedly do something so outside his personality such as rob a bank.

"Everyone is just turned totally upside down and blindsided by it all," Erickson told the Stranger. "This wasn't the Cody that we knew and loved." 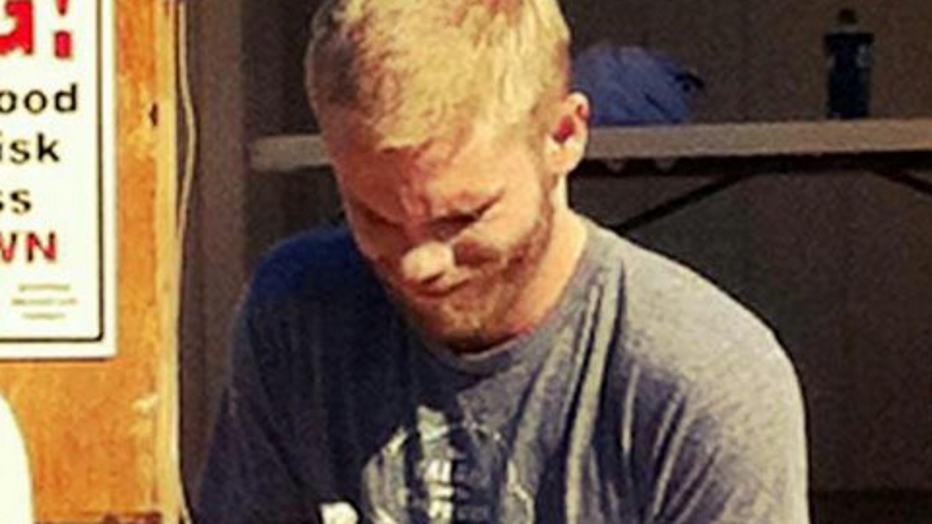 Seattle police are backing up Rogers, explaining why it took several bullets to stop Cody.

“If someone is running towards you, you may not hit (him with) every round and you may not get the rounds to stop the individual,” said McDonagh. “So, it also takes time to react to that. I’m sure the investigation will determine the number of rounds, the distance, and hopefully as close to a timeline as we can possibly get.”

Investigators will listen to dash-camera video hoping to piece all of the crime scenes together.