EVERETT -- Halloween is fast approaching and police are sounding the alarm, asking if parents really know their neighbors.

Police in Snohomish County said it’s a good idea to check the sex offender registry before you take your kids out for trick-or-treating. 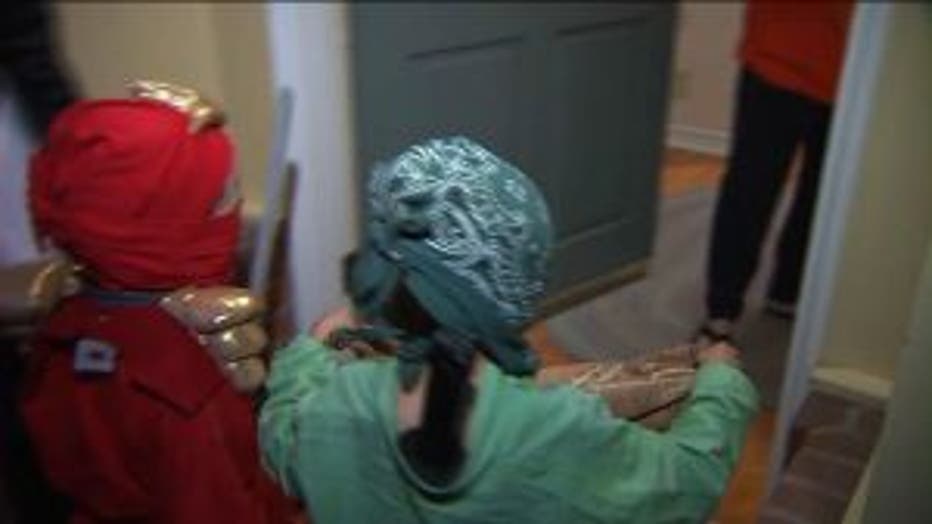 There are 1,700 registered sex offenders in Snohomish County, and at least a dozen in the neighborhood near Rockefeller Avenue and 36th Street. Most parents said they don’t check to see if any of those sex offenders are on their trick-or-treat route.

Lisa Ellefsen and her 3-year-old daughter Reigna are ready for Halloween.

Their Everett neighborhood lists several sex offenders close by, so they usually go trick-or-treating at grandma’s in Arlington. That’s until Ellefsen checked the sex offender registry near grandma’s house.

“That’s Arlington?" Ellefsen exclaimed when she checked the list. She thought leaving Everett would be a safer bet for Halloween, but Arlington has its share of sex offenders.

“It freaks me out,” she said. “You've got to watch your kids, I guess. You can’t hide from the world.”

Pumpkins and cobwebs are already up in some Everett yards. Surprisingly, some sex offenders are allowed to put up Halloween decorations -- it all depends on the conditions of their release from jail.

“Look at those conditions of that release,” Shari Ireton with the Snohomish County Sheriff’s Office said. “Of course, if that person is violating one of those conditions, you definitely want to call 911.”

That’s why police want parents to double-check the registry for their neighborhoods.

“The more informed someone is about what’s going on in their neighborhood or community, that’s the surest form of crime prevention,” Ireton said.

Search your county’s sex offender registry at the links below: