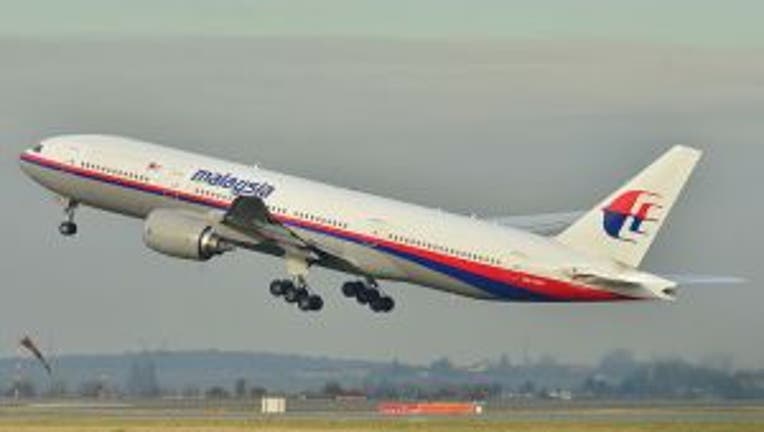 "This is a significant recalibration of the search," Malaysia's acting Transportation Minister Hishammuddin Hussein said Sunday. "The number of countries involved in the search and rescue operation has increased from 14 to 25, which brings new challenges of coordination and diplomacy to the search effort."

The new developments come as U.S. intelligence officials are leaning toward the theory that "those in the cockpit" -- the pilots of Malaysia Airlines Flight 370 -- were responsible for the mysterious disappearance of the commercial jetliner, a U.S. official with direct knowledge of the latest thinking told CNN.

What we know about the cockpit crew

The official emphasized no final conclusions have been drawn and all the internal intelligence discussions are based on preliminary assessments of what is known to date.

Other scenarios could still emerge. The notion of a hijacking has not been ruled out, the official said Saturday.

The Boeing 777-200 ER disappeared on March 8, en route from Kuala Lumpur to Beijing. The airline's CEO Ahmad Jauhari Yahya said Sunday the missing passenger jet took off with its normal amount of fuel needed for the route, and did not have extra fuel on board that could have extended its range.

A study of the flight's cargo manifest showed there were no dangerous materials on board that concerned investigators, he told reporters.

Investigators are still looking into the backgrounds of the passengers to see if any of them were trained pilots.

"There are still a few countries who have yet to respond to our request for a background check," said Khalid Abu Bakar, inspector general of the Royal Malaysian Police Force. "But there are a few ... foreign intelligence agencies who have cleared all the(ir) passengers."

Malaysian Prime Minister Najib Razak told reporters on Saturday that the plane veered off course due to apparent deliberate action taken by somebody on board.

The first clue that one or both of the pilots may have been involved stems from when the plane made a sharp, deliberate turn just after it last communicated with Kuala Lumpur air traffic controllers, and before it would have to communicate with Vietnamese controllers, according to the U.S. official with knowledge of the latest intelligence thinking.

"This is the perfect place to start to disappear," the official said.

Adding to the intrigue, ABC News reported that the dramatic left turn was preprogrammed into the plane's navigation computer. It's a task that would have required extensive piloting experience.

Military radar showed the jetliner flew in a westerly direction back over the Malaysian peninsula, Najib said. It is then believed to have either turned northwest toward the Bay of Bengal or southwest elsewhere in the Indian Ocean, he said.

"Evidence is consistent with someone acting deliberately from inside the plane," the Prime Minister said, officially confirming the plane's disappearance was not caused by an accident. "Despite media reports that the plane was hijacked, we are investigating all major possibilities on what caused MH370 to deviate."

Information from international and Malaysian officials indicates that the jet may have flown for more than seven hours after the last contact with the pilots.

Flight 370 took off from Kuala Lumpur at 12:41 a.m. on March 8. The last satellite communication from the plane occurred at 8:11 a.m., Najib said, well past the scheduled arrival time in Beijing. It is possible this contact could have been made from the ground, as long as the airplane still had electrical power, Malaysia's civil aviation chief Azharuddin Abdul Rahman said Sunday.

That last communication, Najib said, was in one of two possible traffic corridors shown on a map released to the press. A northern arc stretches from the border of Kazakhstan and Turkmenistan to northern Thailand, and a southern arc spans from Indonesia to the southern Indian Ocean.

"Due to the type of satellite data, we are unable to confirm the precise location of the plane when it last made contact with the satellite," Najib said.

Because the northern parts of the traffic corridor include some tightly guarded airspace over India, Pakistan, and even some U.S. installations in Afghanistan, U.S. authorities believe it more likely the aircraft crashed into waters outside of the reach of radar south of India, a U.S. official told CNN. If it had flown farther north, it's likely it would have been detected by radar.

The Ministry of Transport said Sunday that police were examining a flight simulator found at the pilot's house a day earlier.

Two vans were loaded with small bags, similar to shopping bags, at the home of the co-pilot, 27-year-old Fariq Ab Hamid, according to a CNN crew who observed activities at the residence. It was unclear whether the bags were taken from the home, and police made no comment about their activities there.

Najib made clear in a press conference that in light of the latest developments, authorities have refocused their investigation to the crew and passengers on board.

Undoubtedly, they will scour through the flight manifest and look further to see whether any of the passengers on board had flight training or connections to terror groups.

According to The New York Times, one of the passengers was an aviation engineer on his way to Beijing to work for a private-jet company.

A senior U.S. law enforcement official told CNN that investigators are carefully reviewing the information so far collected on the pilots to determine whether there is something to indicate a plan or a motive.

That would seem supported by preliminary U.S. intelligence reports, which the U.S. official said show the jetliner was in some form of controlled flight at a relatively stable altitude and path when it changed

Malaysia's Ministry of Transport said Sunday that both the northern and southern corridors are being treated with equal importance. Malaysian officials are working with 25 countries, many of them along the corridors. They include Kazakhstan, Uzbekistan, Kyrgyzstan, Turkmenistan, Pakistan, Bangladesh, India, China, Myanmar, Laos, Vietnam, Thailand, Indonesia, Australia, France, the United Kingdom and the United States.

Afghanistan's Ministry of Transport said it has joined the search, but said there is no evidence the plane flew over Afghan soil.

Separately, India has "temporarily halted" its search for the missing plane while Malaysian authorities reassess the situation, according to a top military official.

"We are conserving our assets for now," Rear Adm. Sudhir Pillai, the chief of staff of India's joint Andaman and Nicobar command, said Sunday. "We are on a standby."

He said the Malaysians are reviewing India's deployment.

Meanwhile, according to Najib, new satellite information leads authorities to be fairly certain that someone disabled the Aircraft Communications Addressing and Reporting System, or ACARS, just before the aircraft reached the east coast of peninsular Malaysia.

ACARS is the system that routinely transmits information like turbulence and fuel load back to the airline.

"Shortly afterward, near the border between Malaysian and Vietnamese air traffic control," Najib said, "the aircraft's transponder was switched off."

The last voice communication from the cockpit more than a week ago was these words: "All right, good night."

They were uttered at the Vietnam air traffic control border at about the same time the transponder was shut off, Najib said. That suggests the incident on the plane began sooner than initially thought.

But some have questioned the Prime Minister's account, given the dearth of information available.

In the days since the flight disappeared, the Malaysian government has been under intense scrutiny for its handling of the investigation. The government has been criticized by some U.S. officials for not sharing information or accepting more offers of help.

Shortly after Najib delivered his remarks, China demanded Malaysia provide more information on the investigation. Of the 239 people aboard the plane, 154 were Chinese.

"Today is the 8th day of the missing MH370, and the plane is still yet to be found," said a statement from the Foreign Ministry. "Time is life."

The criticism was more pointed in an editorial published by China's state-run news agency Xinhua.

"And due to the absence -- or at least lack -- of timely authoritative information, massive efforts have been squandered, and numerous rumors have been spawned, repeatedly racking the nerves of the awaiting families," the editorial said.

Malaysia Airlines defended its actions, saying there has never been a case where information gleaned from satellite signals alone could potentially be used to find the location of a missing airliner.

"Given the nature of the situation and its extreme sensitivity, it was critical that the raw satellite signals were verified and analyzed by the relevant authorities so that their significance could be properly understood," the airline said in a statement. "This naturally took some time, during which we were unable to publicly confirm their existence."

For the families and loved ones of those aboard Flight 370, tensions boiled over Sunday in Beijing at the daily briefing by Malaysia Airlines.

Nine days after the plane went missing, patience is running thin with officials.

Before a packed room, one man told them that the families have already lost faith.

"A liar can lie once, twice or three times, but what's the point (to) keep lying?" he said. "What we ask for is the truth. Don't hide things from us."

A majority of the people in the room stood up when the man asked how many had lost trust in the airline and the Malaysian government.

Another man rushed the front of the room and tried to throw a punch, but was stopped.

The airline has been picking up the tab for families of the 154 Chinese passengers to stay in Beijing during the ordeal.

China is sending technical experts to join the investigation, and two Chinese search vessels headed for the Strait of Malacca, according to Xinhua.