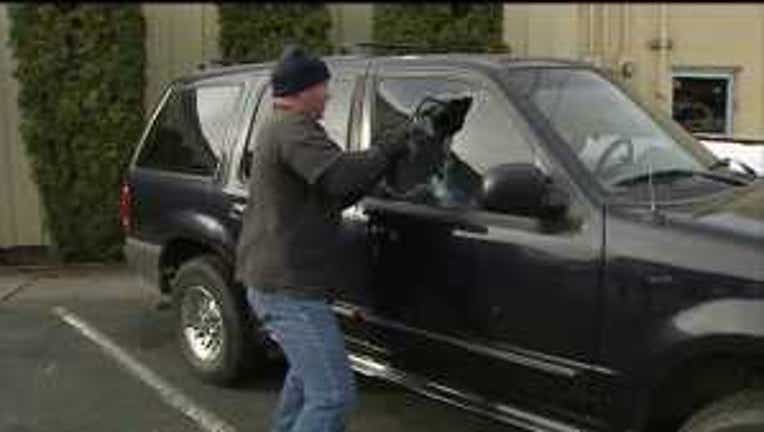 Some shoppers loved the frenzy and energy of Black Friday, but no doubt so do thieves hoping to do some shopping of their own.

When it`s the busiest shopping day of the year, you better have a bagful of patience.

“It`s hard to get around the crowds with big bags, they get heavy,” said shopper Tami Zimney.

So Zimney and her friends put some of their packages in their van in a downtown garage.

“We would like to think they are safe in the garage,” said Zimney.

Hopefully, they hid their goods in the trunk, out of sight of potential thieves.

“Often times, people are leaving a bunch of stuff in their cars; it could be purses, computers, maybe leaving their windows or their doors unlocked,” said Shannon Sessions with the Lynnwood police.

A typical car break-in is quick. In a police reenactment, it took just six seconds.

The beefed-up police patrol is just what many had on their shopping list. Some downtown businesses say they are not as worried about shoplifters as they are of vagrants and drug dealers.

“It’s not good for customers to look outside and see transactions going on two feet away from your entrance,” said Michael Scott of Ward & Co.

From now until Dec. 26, there will be more Seattle police officers on the lookout. They will focus on 3rd to 7th Ave. and Olive to Union. Many say their mere presence alone will help deter crime.

Some other safety tips to keep in mind during the busy holiday shopping season is not to carry a lot of cash on you.  Be aware of your surroundings if you are at an ATM. Don't dangle your purse, if you can put the straps across your chest.

If someone tries to snatch your purse or shopping bag, resist the urge to pull back, give them what they want and then immediately call 911.