LAKEWOOD, Wash. -- Police are seeking the public’s help after a 31-year-old mother of six vanished from a parking lot in Pierce County.

Moua Vang, a vendor, was last seen Tuesday night at the Lakewood Farmers Market and police are calling her disappearance suspicious. Vang’s family worries she was kidnapped.

According to Lakewood police, Vang was last seen around 6 p.m. Tuesday, after contacting her family around 4:30 p.m. Her van was found wide open two hours later at the farmer’s market.

Police canvased the nearby shopping center looking for clues but so far they haven’t found any leads.

Police detectives are asking that anyone who was in the farmers market and took photos Tuesday night to contact them in case they might have unwittingly caught something important in their images.

“We’re sick of the unknown,” said Vang’s sister-in-law who requested to not be identified by name. “We’re sick of not knowing what’s going on.”

Vang was selling flowers at the farmer’s market.

“At this point it looks like foul play,” said Lt. Chris Lawler with the Lakewood Police Department. “It looks very suspicious. We don’t have a reason to believe yet that she would leave on her own.”

Her family said her six children, aged from 2 to 14, are worried sick.

Police are going over surveillance video but it has so far not provided detectives with any leads.

Investigators worry that Vang is in trouble.

“The keys to the van were there, the wallet was still there,” said Lawler. “That made it more suspicious.” 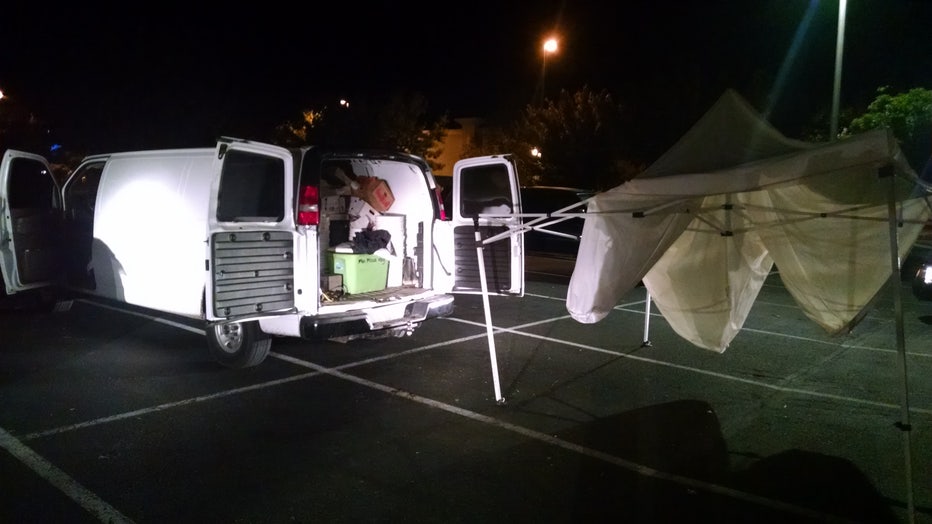 Moua Vang's van, found with doors wide open. The keys and her wallet were inside.