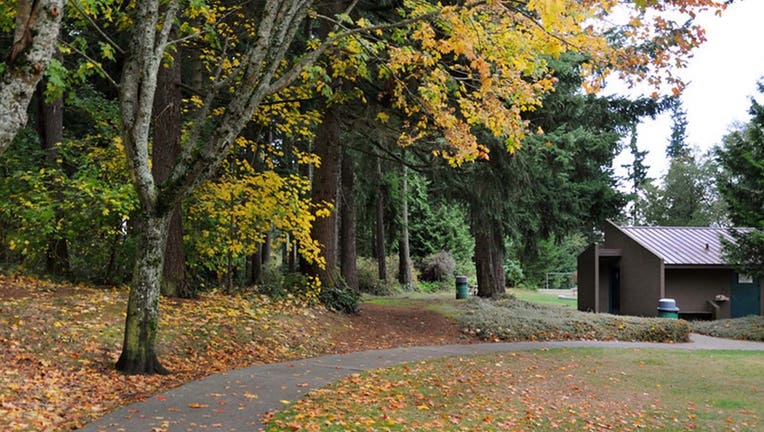 LYNNWOOD, Wash. - Police arrested a suspect in connection with a deadly shooting at a Lynnwood park last month.

Investigators said a 21-year-old Marysville resident was arrested on Tuesday and booked into the Snohomish County Jail. The suspect faces multiple charges including murder.

On April 4, 70-year-old Carl Bridgmon was in his car at Daleway Park when he was shot and killed.

Police said Bridgmon was caught in the middle of a crossfire between two teens and two other people, who drove away in a black car after the shooting. The two teens have been identified and contacted by police.

Lynnwood Police seek witnesses and information on a shooting from April 5, which killed a 70-year-old man caught in the crossfire.