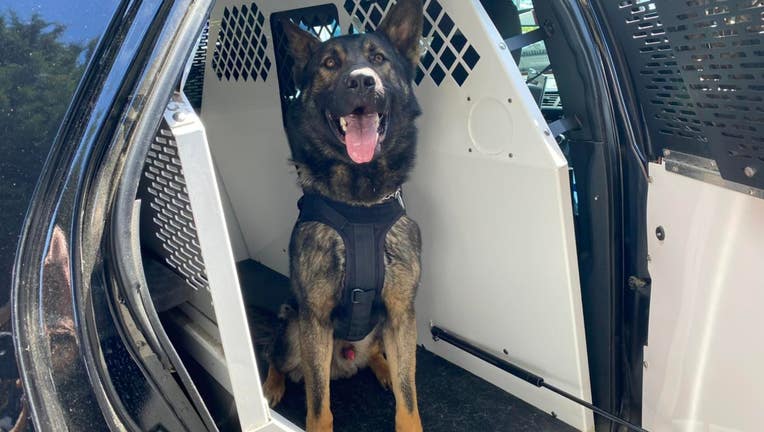 Lynnwood police were called to the scene after 9 a.m., and K9 Chase helped locate three of the suspects. According to police, the suspects hopped fences and ran through yards to escape officers.

K9 Chase found the stolen gun, which was ditched in Gold Park about a block away.

Officers later located the fourth suspect at a nearby business, carrying a firearm not connected to the burglary, police say.

All four face charges of residential burglary and theft of a firearm.