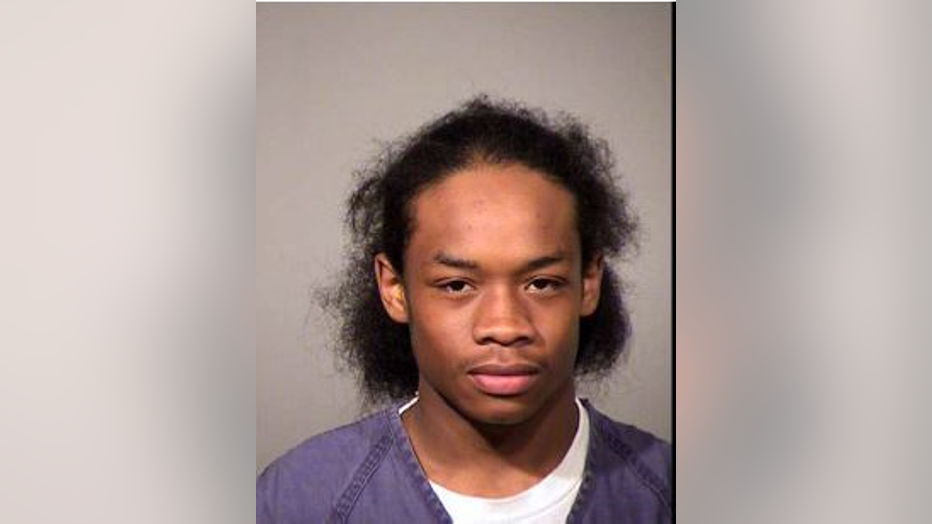 FEDERAL WAY, Wash. -- Federal Way police say a 16-year-old has been arrested and a 14-year-old boy is wanted in connection with the homicide of a teenager.

Sixteen-year-old Wesley Gennings was found Feb. 13 with a fatal gunshot wound to the back of his head. He was seated in his car in a Taco Bell parking lot on SW Campus Dr.

Witnesses reported seeing two suspects who were in the vehicle with him flee on foot.

According to the Federal Way Police Department, detectives received information that led them to two teenagers as suspects.

Investigators arrested a 16-year-old suspect Thursday at Thomas Jefferson High School. They said he had a handgun in his possession at the time.

After interviewing him, police said they learned that both suspects met Gennings to buy marijuana and had been inside the victim’s car.

“Through investigation the police department can confidently report that this senseless crime was purely motivated by the sale and distribution of drugs,” said police spokesperson Cathy Schrock.

The second suspect is still wanted and police said he should be considered armed and dangerous. Federal Way police have identified him as Diante J. Pellum, 14, of Tacoma. He is an eighth-grade student at Saghalie Middle School. Pellum is 5’ 5” tall, 135 pounds, with brown eyes and black hair.

Q13 News’ policy is to not release the identity of minors accused of crimes unless circumstances dictate otherwise. In this case, we are releasing this information because Federal Way police say the 14-year-old is a threat to public safety.

“DO NOT ATTEMPT to contact Pellum, he should be considered armed and dangerous.  If you have any information about his whereabouts call 911 immediately,” said Schrock. 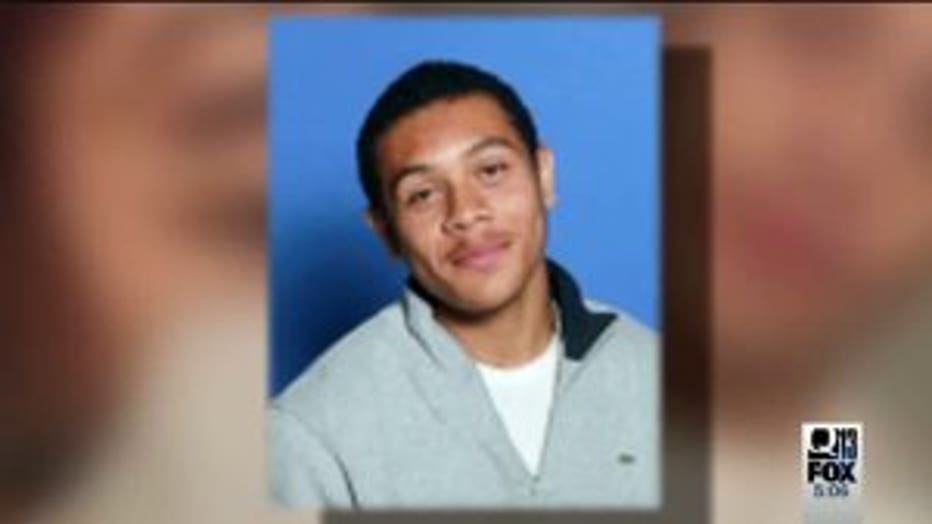 The King County Medical Examiner’s Office has determined that the victim died from homicidal violence.

“The investigating detectives collected forensic evidence samples for submission to the Washington State Patrol Crime Lab for analysis and interviewed dozens of individuals to identify the individuals responsible for this violent crime,” said Schrock.

Police did not identify the 16-year-old suspect because he is already in custody and has not yet been charged.

Vigil held for popular Federal Way teen who was gunned down

Vigil held for popular Federal Way teen who was gunned down

"Student and staff safety is a top priority at Federal Way Public Schools.

On Thursday, February 18, after the school day, a Thomas Jefferson High School student was
arrested by Federal Way Police detectives. During that arrest, an inspection of the
student’s backpack resulted in confiscation of a loaded weapon. No students were endangered during
the arrest. The Federal Way Police Department apprehended the student in a safe, effective way in a
secure area without disruption to the school environment.

The District is committed to providing all of our students with a learning environment that is safe and
free from fear and is committed to the safety of our students, staff and parents. Federal Way Public
Schools has a Zero Tolerance Policy regarding all weapons and weapon “look-alikes.” They are
absolutely not allowed on our school campuses and any student in possession of a weapon will be
immediately expelled.

Superintendent Dr. Campbell shared with staff, parents and families about the recent arrest of a
Federal Way Public Schools student, which is in connection to the murder of Decatur High School
student Wesley Gennings.

This has been a difficult week for the Federal Way community , both with the current situation of the
student arrests and the loss of Wesley Gennings. The District is continuing to provide emotional
supports to community and students affected by this. The Federal Way Public Schools community
and beyond has been deeply impacted by the loss of Wesley Gennings, and is saddened that this
tragedy has occurred.

Every day, District staff and security personnel, as well as Federal Way Police Department school
resource officers (SROs), work in partnership to maintain a safe learning environment for our
students.

Superintendent Dr. Campbell shared with parents and families, “This recent tragedy will provide us
an opportunity to learn how we can build the necessary supports and connections for our students to
make positive choices. With the community’s help, we can keep our schools safe for all students.
Furthermore, we know schools are not immune to the larger issues our society faces; however, we
have structures in place and continue to find opportunities to support our students with the struggles
they may face as a result of their experiences."