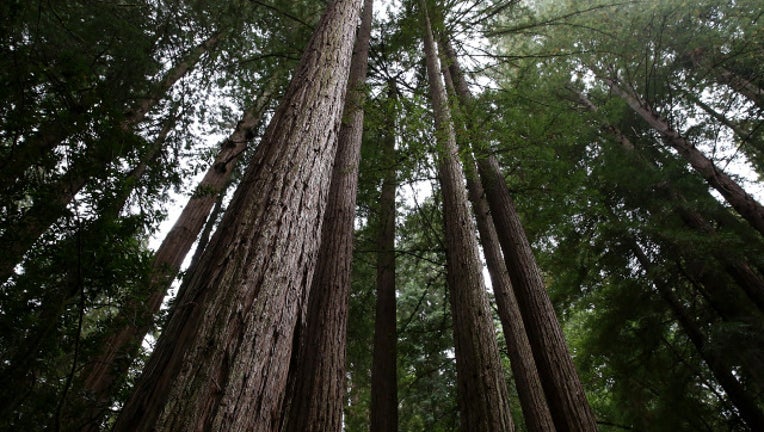 Thieves are cutting massive chunks from the base of the champion trees, which are the tallest on Earth and are up to 2,000 years old. While state officials say the damage is far from any Amazonian deforestation, they do rank the desecration alongside elephant tusk poaching.

Under the cloak of darkness, bandits are poaching the burl from the old-growth redwoods in Redwood National and State Parks in California, and that lumpy feature from the tree base is then sold for thousands of dollars to make furniture, bowls and even souvenirs, officials say.

"We've seen a peaked increase (of theft and damage)," says Candace Tinkler, chief of interpretation and education at the park. "Unfortunately I feel that it's more than we can keep track of."

Tinkler compares the theft to elephants being killed for their ivory tusks. She has been with the parks for three years and has noticed a spike in thefts during her tenure, she said.

"The distribution goes beyond what we could have imagined. There's a black market for this stuff, and it goes well beyond California borders," she said Tuesday.

What makes the poaching so distressing is that the burls are crucial to the survival of the redwoods, whose towering forests block out the sun and draw tourists worldwide.

When a burl cutting occurs, a lot of the bark is damaged or removed, and that bark is critical to protecting the redwoods from insect infestation and fire because the material is flame-resistant, Tinkler said.

"When you take away the burl and leave an open scar, it's similar to me having a major cut on my leg and I left it exposed," Tinkler explained. "Now I'm exposed to other infections."

To combat the poachers, officials at Redwood National and State Parks in northern California have closed an eight-mile drive through the forests at night.

The California Department of Parks and Recreation said smaller pieces of poached burl can sell for hundreds of dollars, and the larger chunks can fetch thousands. Taking the burls from a state park is a crime, and their size determines whether the crime is a misdemeanor or felony, the Humboldt County district attorney's office said.

The burls provide unique and beautiful patterns for coffee tables and bar counter tops, and smaller pieces can be used for knife handles.

But such a defacement of a forest distresses rangers.

Redwoods are on many 'bucket lists'

The Redwood National and State Parks comprises 133,000 acres of forest, coastlines, prairies, rivers and streams. Approximately 40,000 acres are old-growth forest and are a big draw for international visitors who consider a drive through the park a once-in-a-lifetime experience.

Ranger Mike Poole, who works in the public information office at the park, receives numerous calls every week asking about the redwoods, located along the California coast north of San Francisco.

"One of the things I hear a lot is 'seeing the redwoods is on my bucket list,'" Poole said.

That's why protecting and preserving these behemoth beauties is a mission that rangers take very seriously at the park, which the United Nations labels a World Heritage site.

"We're one of those places that we have around the world that everyone thinks is precious enough, important enough, rare enough, that we need to protect it for the future," Tinkler said. "It's not just a crime against us as Americans... it's a crime to everyone."