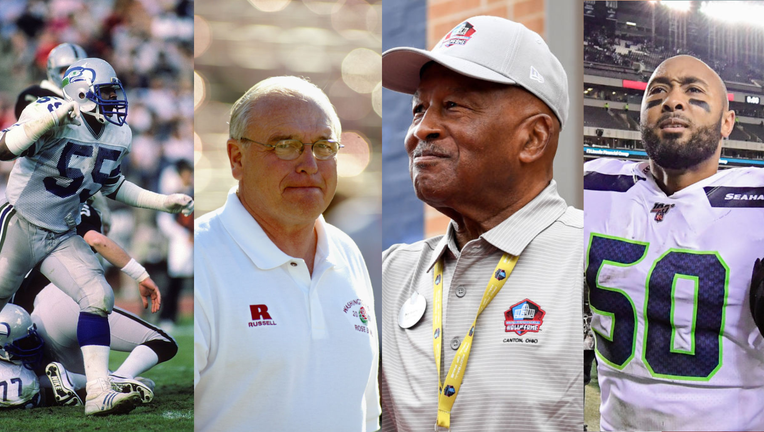 SEATTLE - The Pacific Northwest Football Hall of Fame Class of 2023 was unveiled on Wednesday and the list includes former football players and a coach.

"Combining the stature and legacy of the Pacific Northwest Football Hall of Fame and Sports Star of the Year Awards is a perfect pairing," said Beth Knox, Seattle Sports Commission President and CEO. "It’s an exciting opportunity to share more stories from our sports community and preserve those special moments, people, and periods of time that are essential to the fabric of our history."

For 30 years, Pacific Northwest Football Hall of Fame recognizes the region's history of players, coaches, broadcasters, officials and influential figures with ties to the states of Washington and Oregon.

"Since 2001, I've had the great honor of ushering in each new PNW Football Hall of Fame Class," said sports broadcaster and former Seattle Seahawks wide receiver, Steve Raible, "And I've seen the member roster grow to include the very best of Northwest football - from those influencing our young players to the phenoms who've competed at the top-level of the game. This year's class is a spectacular representation of the athletic and coaching talent we have in our region, and it's going to be a heck of a party welcoming them to the club during the Sports Star of the Year Awards Show.

Each year's class is selected by the PNW Football Hall of Fame Committee, which includes representatives at the university, amateur, and professional levels across the Greater Northwest Region.

Here's a full list of the Hall of Fame.