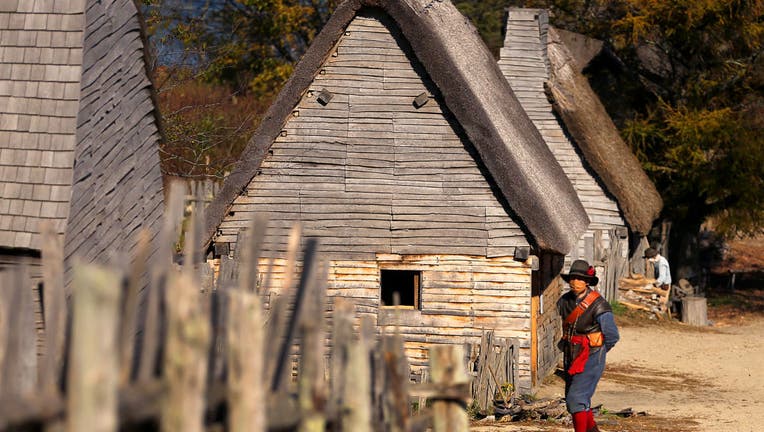 PLYMOUTH, Mass. (AP) - Native Americans in Massachusetts are calling for a boycott of a popular living history museum featuring Colonial reenactors portraying life in Plymouth, the famous English settlement founded by the Pilgrims who arrived on the Mayflower.

Members of the state’s Wampanoag community and their supporters say Plimoth Patuxet Museums has not lived up to its promise of creating a "bi-cultural museum" that equally tells the story of the European and Indigenous peoples that lived there.

They say the " Historic Patuxet Homesite," the portion of the mostly outdoor museum focused on traditional Indigenous life, is inadequately small, in need of repairs and staffed by workers who aren’t from local tribes.

"We’re saying don’t patronize them, don’t work over there," said Camille Madison, a member of the Aquinnah Wampanoag Tribe on Martha’s Vineyard, who was among those recently venting their frustrations on social media. "We don’t want to engage with them until they can find a way to respect Indigenous knowledge and experience." 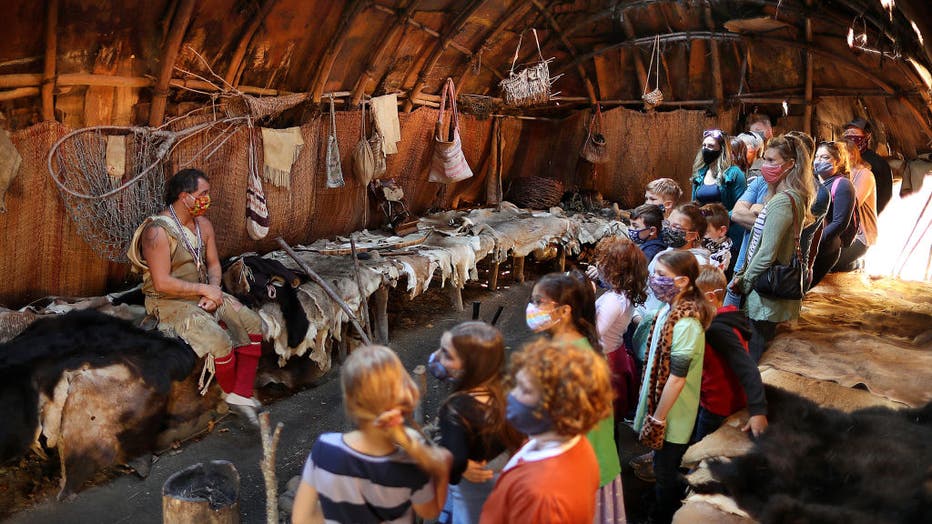 Tim Turner, a Cherokee Indian and museum educator, sits inside a nush weetu at the Hobbamock Homesite as a group of children listen to him explain the animal skins inside at Plimoth Patuxet Museums, formerly known as Plimoth Plantation, in Plymouth,

The concerns come just two years after the museum changed its name from Plimoth Plantation to Plimoth Patuxet as part of a yearlong celebration of the 400th anniversary of the Mayflower landing.

At the time, the museum declared the "new, more balanced" moniker reflected the importance of the Indigenous perspective to the 75-year-old institution's educational mission.

"Patuxet" was an Indigenous community near "Plimoth," as the Pilgrim colony was known before becoming modern day Plymouth. It was badly decimated by European diseases by the time the Mayflower arrived, but one of its survivors, Tisquantum, commonly known as Squanto, famously helped the English colonists survive their first winter.

"They’ve changed the name but haven’t changed the attitude," said Paula Peters, a member of the Mashpee Wampanoag Tribe who worked for nearly 20 years at the museum, most recently as marketing director. "They’ve done nothing to ingratiate themselves with tribes. Every step they take is tone deaf." 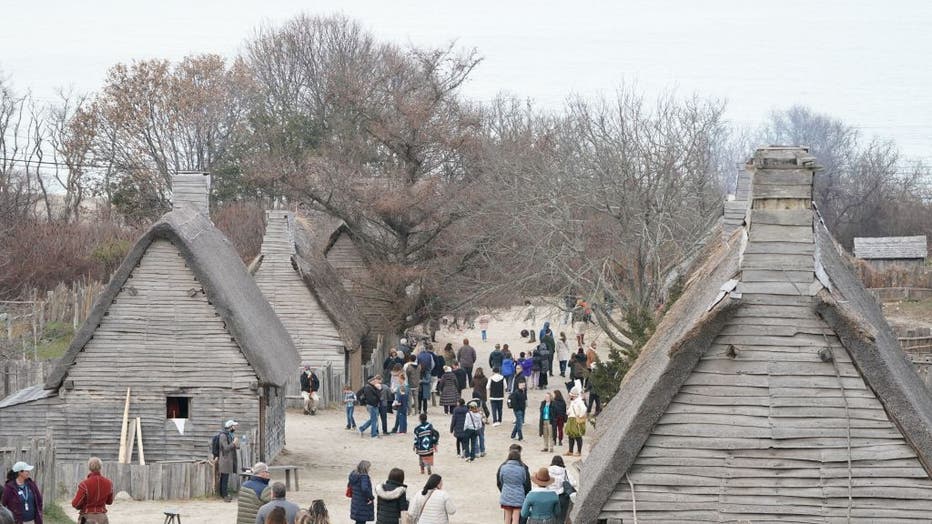 View of the English Village at the Plimoth Patuxet Museums, on Thanksgiving day, November 25, 2021 in Plymouth, Massachusetts. (Photo by Bryan R. Smith/AFP via Getty Images)

Museum spokesperson Rob Kluin, in a statement emailed to The Associated Press, said the museum has expanded the outdoor Wampanoag exhibit, raised more than $2 million towards a new Indigenous programs building and has "several initiatives in place" to recruit and retain staff from Native communities. He declined to elaborate.

The statement also cited a pair of grants the museum received to boost its Native American education programming. That included more than $160,000 from the National Endowment for the Humanities to host a workshop this summer for teachers on how to incorporate Indigenous voices into their history lessons.

The museum also noted that its new director of Algonquian Exhibits and Interpretation is an Aquinnah Wampanoag who serves on his tribe’s education committee.

Carol Pollard, whose late brother Anthony "Nanepashemet" Pollard played a key role in the development of the museum’s Indigenous programming as a leading Wampanoag historian, was among those dismayed at the state of the site. 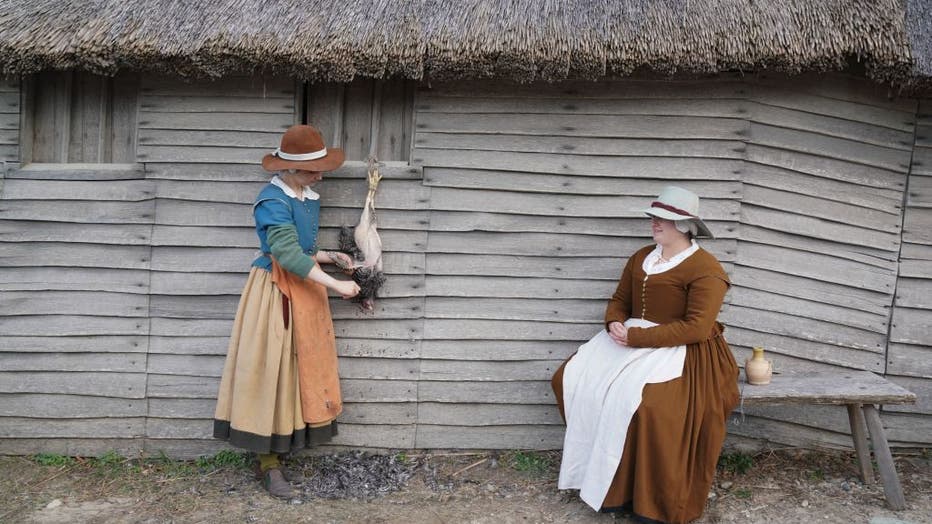 Actors pluck a bird in the English Village at the Plimoth Patuxet Museums, on Thanksgiving day, November 25, 2021 in Plymouth, Massachusetts. (Photo by Bryan R. Smith/AFP via Getty Images)

Last week, large gaps were evident in the battered tree bark roof of the large wetu, or traditional Wampanoag dwelling, that is a focal point of the Indigenous exhibit. Neither of the two museum interpreters on site was wearing traditional tribal attire. Meanwhile, on the Pilgrim settlement part of the museum, thatched roofs on the Colonial homes had been recently repaired, and numerous reenactors milled about in detailed period outfits.

"I know my brother would be very disappointed," said Pollard, who also worked as a gardener at the museum until last summer. "I guarantee you, people dressed in khakis and navy blue tops was not my brother’s vision."

Former museum staffers say museum officials for years ignored their suggestions for modernizing and expanding the outdoor exhibit, which marks its 50th anniversary next year.

That, coupled with low pay and poor working conditions, led to the departure of many long-standing Native staffers who built the program into a must-see attraction by showcasing authentic Indigenous farming, cooking, canoe building and other cultural practices, they say.

"For more than a decade now, the museum has systematically dismantled the outdoor exhibit," the Wampanoag Consulting Alliance, a Native group that includes Peters and other former museum staffers, said in a statement late last month. "Many steps taken to provide equal representation to Wampanoag programming have been removed, and the physical exhibit is in deplorable condition. The result has been the virtually complete alienation of the Wampanoag communities." 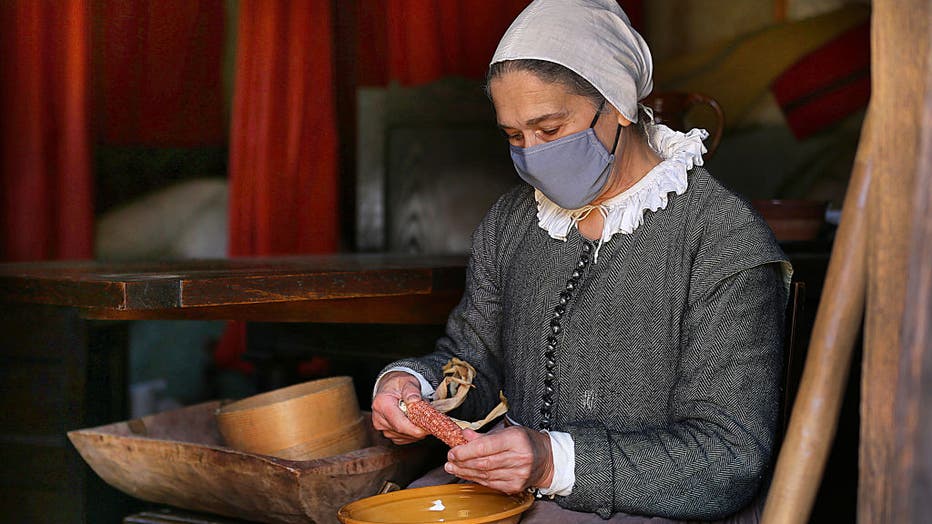 Kitty Hendricks-Miller, a Mashpee Wampanoag who was a supervisor at the Wampanoag exhibit in the 1990s and early 2000s, says she worries about what non-Indigenous families and students are taking away from their visits to the museum, which remains a school field trip rite of passage for many in New England.

As Indian education coordinator for her tribe, she’s been encouraging teachers to reach out to Native communities directly if they’re seeking culturally and historically accurate programs.

"There’s this unwillingness to acknowledge that times have changed," said Casey Figueroa, who worked for years as an interpreter at the museum until 2015. "The Native side of the Plymouth story has so much more to offer in terms of the issues we’re facing today, from immigration to racism and climate change, but they went backwards instead. They totally blew it."