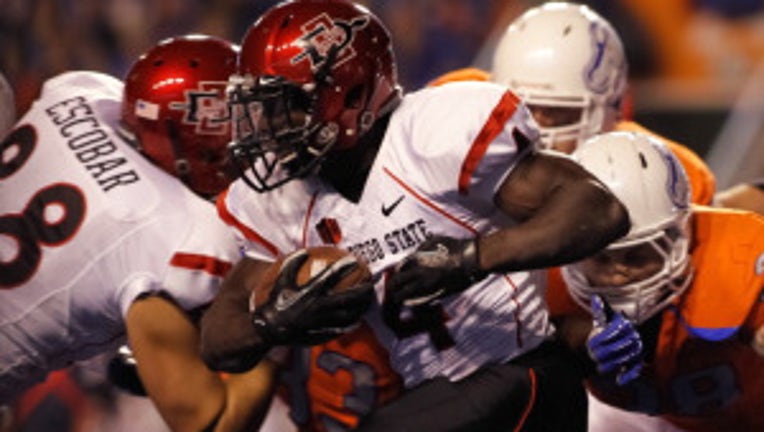 Adam Muema left the NFL combine Sunday after hearing a voice from God.

INDIANAPOLIS -- A prospective NFL player dropped out of the league's scouting combine Sunday after he allegedly heard a voice from God telling him he would play for the Seattle Seahawks.

Former San Diego State running back Adam Muema didn't work out at the scouting combine, saying he was "following God," the U-T San Diego reported. Muema reportedly told the Herald that God told him if he missed workouts, he would play for the Seattle Seahawks, his dream team.

Muema's religious beliefs are well-known, as he has previously said he communicates with God through numbers.

The NFL scouting cosine is a week-long event where former college footballer players showcase their physical skills for NFL scouts.

The former San Diego State Aztec was the school's fourth leading rusher in history, and rushed the ball 256 times for 1,244 yards and 15 touches. He is projected to be a fourth to seventh-round pick in the 2014 NFL Draft, the U-T San Diego reported.