The Friday morning crash happened just south of the Angwin Airport in Northeast Napa, just west of Lake Berryessa. Federal investigators have arrived at the scene of the deadly crash, which is located in a vineyard. KTVU's Christien Kafton reports.

ANGWIN, Calif. - A single engine plane crashed Friday morning in a Napa County vineyard, All three people on board were killed, officials said.

A single-engine Beechcraft Bonanza clipped trees while the pilot was trying to execute a missed approach at Angwin Airport-Parrett Field in Angwin, Calif., around 8:40 a.m. said Ian Gregor a spokesman for the FAA.

The pilot and two passengers in the plane died, according to the Napa County Sheriff's Office.

The plane crashed south of the airport and caught fire, he said. Witnesses told KTVU that the plane crashed just outside the Abreu Vineyards. A call to the vineyard was not immediately returned Friday morning.

William Odegard told KTVU in a tweet that he saw a small explosion just outside the Las Posadas Forest. He saw fire engines and ambulances on scene. 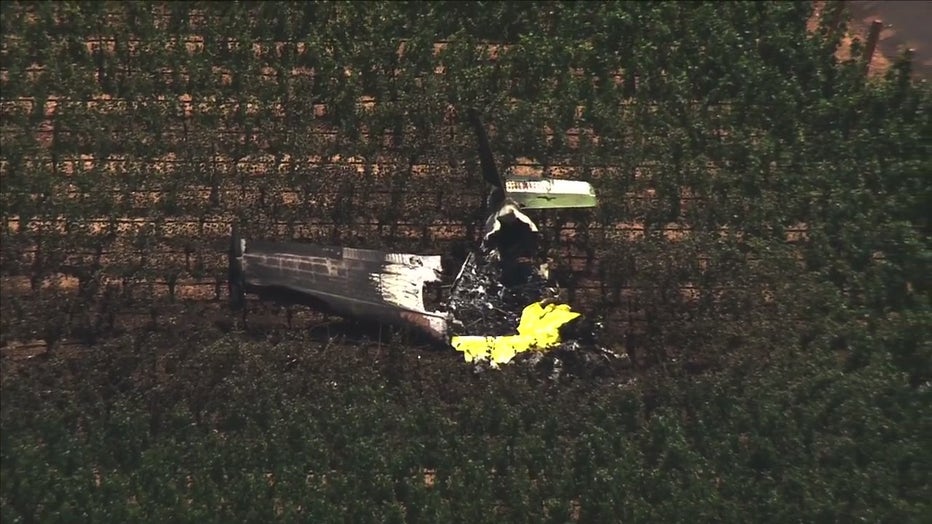 Gregor said the FAA and National Transportation Safety Board will investigate. The NTSB will be in charge of the investigation and will provide additional updates.

There have been at least two other plane crashes in Northern California this week.

On Thursday, a small Mooney M20J plane crashed in a wooded area near the Dinsmore Airport, in Humboldt County. The sheriff said two people were on board.

On Tuesday, a small plane went down into a home in Monterey County in the Monterra Ranch neighborhood off Highway 68, near the Monterey Regional Airport.

Officials said there were no reports of any injuries on the ground, despite widespread damage from the fire, which consumed 60 percent of the home.