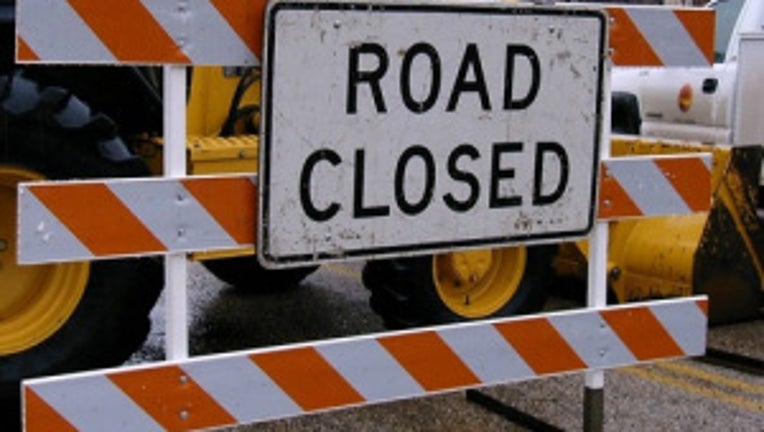 SEATTLE – If you're planning on heading downtown for the Sounders openers, going to Emerald City Comicon or heading out of the city, a number of road closures could lengthen your trip.

Southbound Interstate 5 in the University District
On Friday, construction crews begin the first of two evenings of pavement repair on southbound I-5 between Ravenna Boulevard and the Ship Canal Bridge.

The I-5 express lanes will remain open in the southbound direction overnight each night to ease congestion and provide access for emergency vehicles. Drivers traveling through Seattle should use the express lanes or Interstate 405.

Alaskan Way Viaduct
All lanes of the viaduct will be closed from the Battery Street Tunnel to the West Seattle Bridge Saturday, March 2, from 6 a.m.-5 p.m., and Sunday, March 3, from 6 a.m.-noon.

Events
The Sounders season kicks off Saturday at 7:30 p.m. at CenturyLink Field. The Alaskan Way Viaduct open at least two hours before the game begins for fans who plan to march to the game.

If you're heading to the Washington State Convention Center for Comicon over the weekend, WSDOT advises drivers to take I-5, as the closures will not affect their route.

Runners suiting up for the new Hot Chocolate 5K and 15K runs Sunday should plan on an extra 20 minutes to get to Seattle Center on time. The run extends across Aurora Avenue Bridge and in to Fremont.