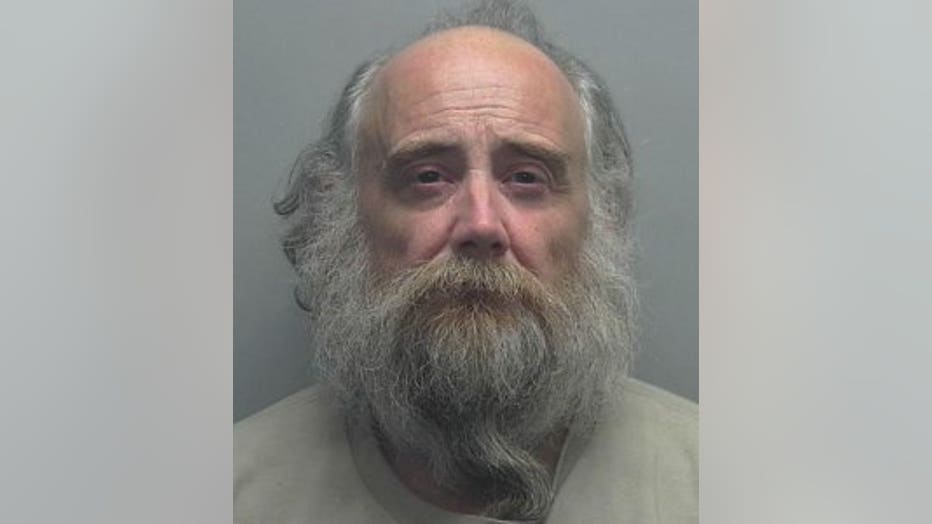 A 55-year-old Grafton man now faces several counts of domestic abuse after allegedly entering his ex-girlfriend's house uninvited, where he's alleged to have beaten and tied her up.

Police arrested Dean Hoffmann after the pizza delivery driver noticed a woman inside the house mouthing the words "help me."

"It's kind of scary," said driver Joey Grundl. "Gave him his pizza, and noticed behind him was his girlfriend. She pointed to a black eye that was quite visible. She mouthed the words 'call police.'"

According to a criminal complaint, the victim -- a 57-year-old woman -- started dating Hoffmann in 2016 and they lived together until August of 2018. After their breakup, the woman moved to a home near 2nd and Lyndon.

Investigators say around 1 p.m. on Thursday, Sept. 27 Hoffmann entered her home without knocking and without her permission. She told Hoffmann to leave and grabbed her phone to call police. As she picked up her phone, Hoffmann allegedly ripped the phone out of her hands, grabbed her by the waist and dragged her toward steps that led upstairs.

The complaint says Hoffmann shoved the victim, causing her to fall with her back on the steps, then pulled her hair, ripped her shirt and continued to try and drag her up the stairs. In an attempt to get away, the woman told investigators she hit Hoffmann in the groin. Hoffmann then punched her in the face, giving her a black eye and bloody nose.

Afterward, Hoffmann locked them both in the bathroom for approximately 30 minutes while the woman tended to her bloody nose, according to the complaint.

Prosecutors say Hoffmann then forced her upstairs and onto her bed, binding her hands and feet with a power cord from her vacuum, then shoving a towel in her mouth to ensure "nobody would be able to hear her."  The woman told investigators while she was tied up, she had trouble breathing and feared she was going to die.

After about 30 minutes, Hoffmann untied her, but, for the next several hours, he would not let her leave her own house. The woman recalled telling Hoffmann, "If you love me, you will let me go" to which Hoffmann replied, "you know I can't do that."

The woman said Hoffmann remarked that he "should have brought his gun in from the car so that he could shoot both of them." Investigators say Hoffmann used the woman's phone to text her children, posing as the victim, telling them she was sick and not to come over for a few days. 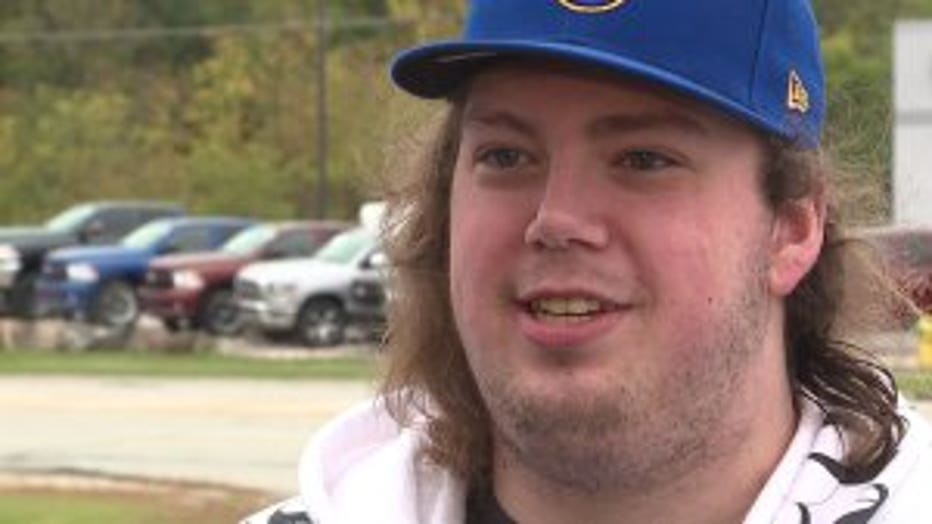 A decision to order Domino's Pizza allowed the woman to escape, however.

Grundl called 911 after noticing the woman and told the operator:

"I had a delivery. It was a middle-aged couple. The woman clearly had a black eye. She pointed to it, and I swear she mouthed 'help me.'"

When police arrived, Hoffmann initially blocked the woman from opening the door but eventually allowed officers to enter, and he was arrested without incident.

During the time Hoffmann was in the victim's home, the woman said she "truly believed was going to kill her that night."

Officials spoke with Hoffmann, who stated he and his ex-girlfriend got into an argument and at one point he punched her in the face -- stating it happened "in the heat of the moment."

When asked if he owned any firearms, Hoffmann said he had a .22 caliber firearm in a case in the trunk of his vehicle.

"I'm grateful (the delivery driver) was paying attention, because it could have been a lot worse," said Amy Hammarlund, neighbor.

Hoffman now faces charges of kidnapping, false imprisonment, strangulation and suffocation, felony intimidation of a victim and burglary of a building.