NEW JERSEY – I'll have a slice —  just hold the cheese,  the sauce and most of the bread!

Yes, that just leaves you with the crust, and that's what the New Jersey-based Villa Italian Kitchen chain will start selling you next week — a box full of crust. The meal does come in their triangular, slice-shaped box. But, once again, it'll just be full of crust.

“We know that the crust is everyone’s favorite part of the pizza, so skipping straight to selling pizza crusts only seemed like the perfect idea," said Mimi Wunderlich, Villa Italian Kitchen's director of communications and digital marketing.

The box of crust goes on sale July 18. It will be available at participating locations, with the price starting at $2.75. The crust, as shown in a picture provided by the chain, does appear to have bits of sauce and cheese baked on, but it's certainly no slice.

"Crust? The best part of the pizza??? In what bizarro world do they live in?? I toss the crust outside for the birds to eat! Maybe I should save it and sell it back to this place," a crusty slice lover wrote. " That's just crazy. Who thought this fiasco up???"

Some customers don't understand the difference between the crust box and breadsticks. Others would be happy for a box of just crust if it's stuffed crust or comes with a dipping sauce.

"Only if they’re covered on garlic butter and cheese," one woman wrote. "And marinara sauce to dunk them in."

There are fans hungry for the crust though.

Interested in trying the crust? Find a location here. 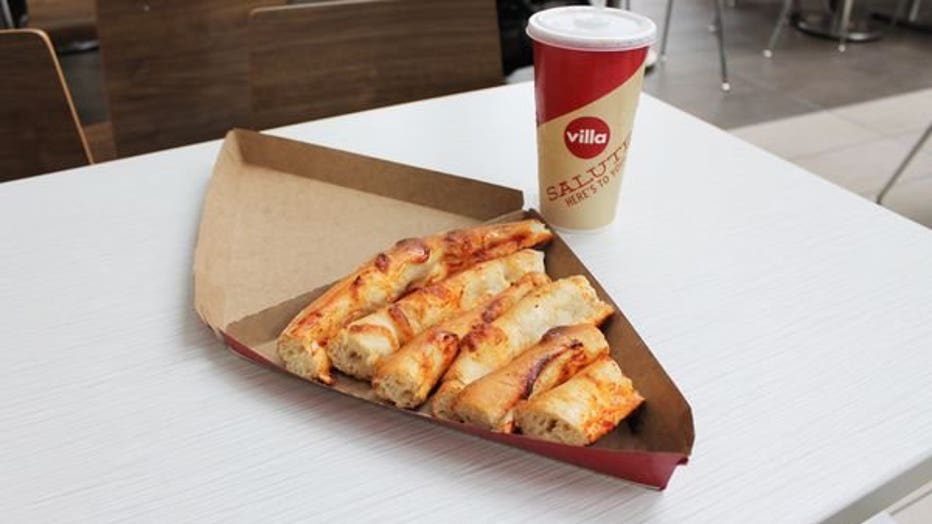