MAYFLOWER, Ark. -- Heavy crude oil flowing like a river through a central Arkansas neighborhood could keep residents away for several more days as crews work to clean it up.

The oil began spilling into the Mayflower, Arkansas, subdivision Friday from a 2- or 3-inch gash in the Pegasus pipeline, which carries Canadian crude from Patoka, Illinois, to Nederland, Texas, according to a state transportation engineer. The cause of the leak was undetermined, he told CNN affiliate KARK in Little Rock.

About two dozen homes were evacuated as the crude oil, which originated in Canada and was bound for Gulf Coast refineries, crawled through yards and down streets. 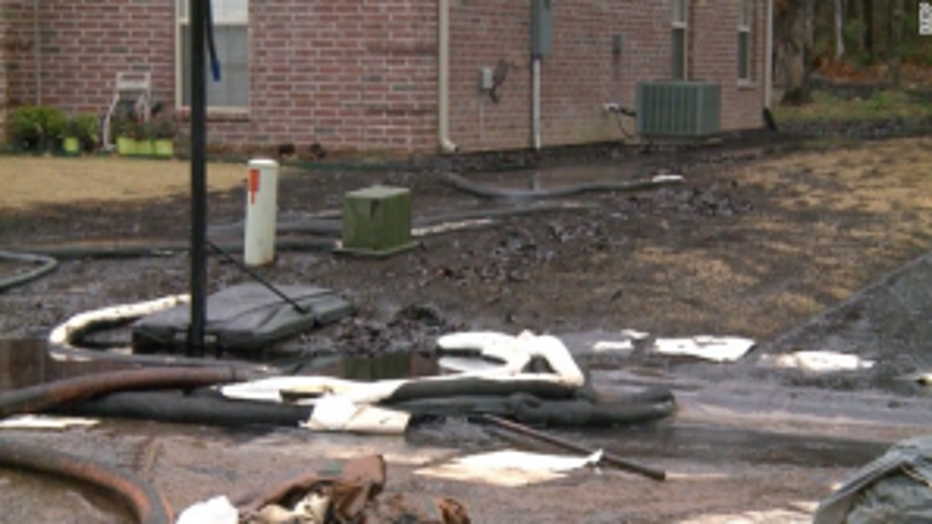 Exxon Mobile, which owns the 60-year-old pipeline, met with displaced residents over the weekend to explain how they can make claims for losses. "If you have been harmed by this spill then we're going to look at how to make that right," Exxon Mobil Pipeline Co. President Gary Pruessing told them.