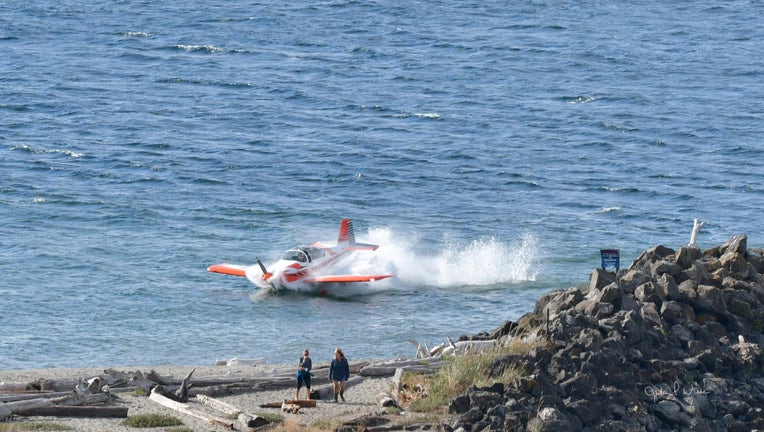 Photo used with permission from Julia Wiese / My Edmonds News

EDMONDS, Wash. - A pilot was rescued Thursday after a small plane crashed into Puget Sound and sank near Edmonds Marina.

According to Edmonds Police, there were no other passengers on board at the time of the crash.

Police said the plane crashed into the water just outside of the breakwater. It was not clear if the pilot suffered any injuries.

My Edmonds News captured images of the plane crashing into the water and shared them with Q13 News.

It was not immediately known what caused the crash.