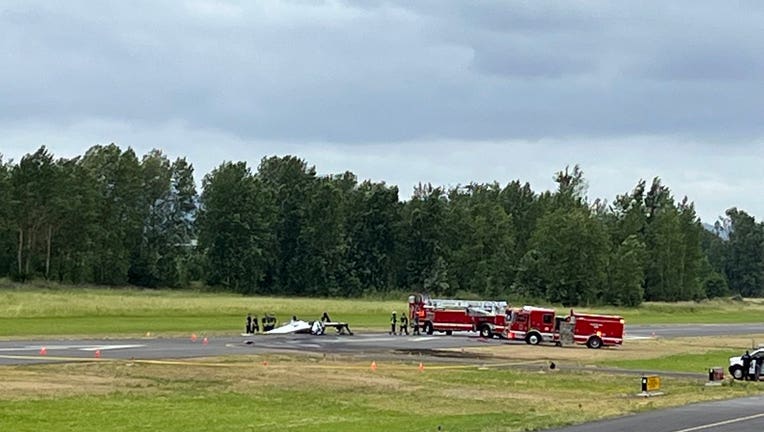 VANCOUVER, Wash. - Police are investigating after a pilot was killed in a fiery plane crash at Pearson Field Tuesday morning.

According to the Vancouver Police Department (VPD), at around 7:39 a.m., officers responded to reports of a small-plane crash at Pearson Field. When emergency crews arrived, the plane was on fire, laying on the runway.

The Vancouver Fire Department arrived and extinguished the flames. They confirmed that the person onboard the plane died in the fire.

The Federal Aviation Administration (FAA) and the National Transportation Safety Board (NTSB) will be conducting the investigation related to the crash. The VPD will conduct a death investigation.

The pilot’s identity and cause of death will be withheld until next of kin notifications from the Clark County Medical Examiner’s Office are complete.

A pilot was rescued Thursday after a small plane crashed into Puget Sound and sank near Edmonds Marina.