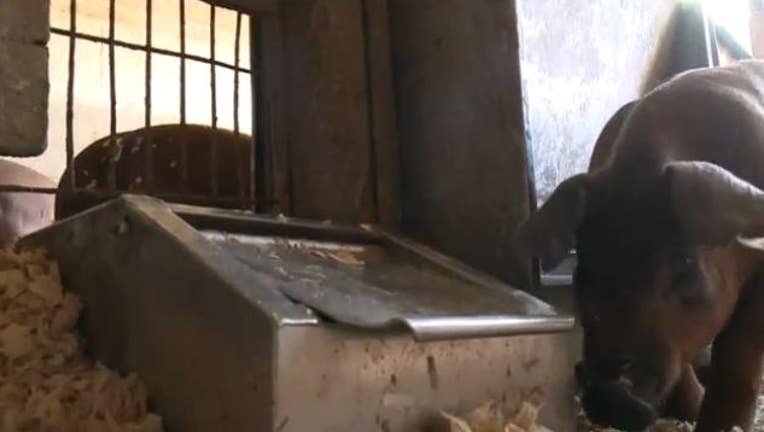 TEMPLETON, Iowa – A farmer in Iowa is raising pigs with the hope that their meat will taste like whiskey.

The founders of Templeton Rye Distillery in Templeton, Iowa have been raising the 25 pigs since they were born in January reported WQAD-TV.

“We have a little motto here. My dad always told me, ‘Nothing good happens after 12 p.m.’  So, it seems like that’s when this idea was probably thought of – after we had a few drinks,” laughs the distillery’s co-founder, Keith Kerkhoff.

Nick Berry, who has a Ph.D. in Animal Science focused on meat and eating quality, looks after the pigs.  Berry works in the commercial pig industry for an animal health company, and he’s a friend of the Templeton team.

Berry says the pigs are not drinking any whiskey. Instead, they’re eating a distinct diet that incorporates the dry distillery grain, from the whiskey-making process, into the feed.

Kerkhoff says they’re already getting a variety of inquiries about the pigs, from backyard pit masters to famous restaurant owners like Chicago’s Stephanie Izard, winner of ‘Top Chef.’

Read the full story on WQAD.com