Bail was set at $250,000 for Kady Jo Paxton, who had been in jail awaiting trial on a charge of charge of motor vehicle theft.

The Pierce County Sheriff's Department said that shortly after midnight last Wednesday, Paxton complained to a corrections deputy that her toilet was not working. The corrections deputy unlocked the door to Paxton’s cell and began walking her to the new cell, with Paxton walking in front.

"On the way to the new cell, Paxton asked repeatedly what she had done wrong, and the deputy answered that Paxton was just being moved to a new cell with a working toilet," the prosecutor's office said. "When they arrived at the new cell, Paxton took an offensive stance and raised her hands. The deputy approached Paxton to take her right arm, but Paxton pulled out a piece of pink, towel type material tied at the ends so it could be used as a ligature for strangulation. She held one end in each hand and approached the deputy, raising the material toward the deputy’s face. The deputy grabbed Paxton’s collar to prevent being harmed by Paxton."

In the ensuing struggle, the prosecutor's office said, the deputy was pushed up against the wall, knocking off her glasses and striking her head. But the deputy was able to radio for help.

The deputy stated that she feared for her life during the incident. It was later determined that the toilet appears to be in working order. "The towel used in the incident appears to have been made with loops at each end to enhance the ability to use it as a ligature," the prosecutor's office said. 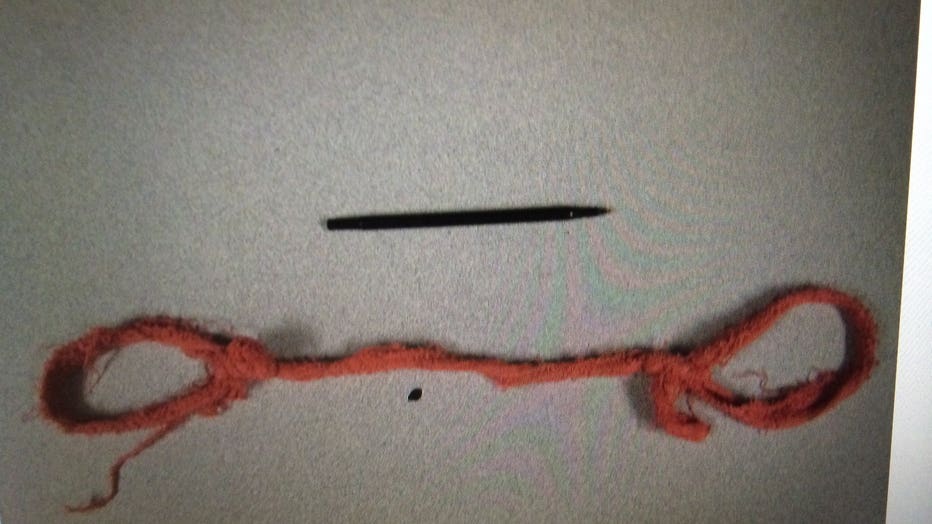 The Pierce County Sheriff's Department said this is the towel that the inmate fashioned into a garrote and used on a corrections officer.