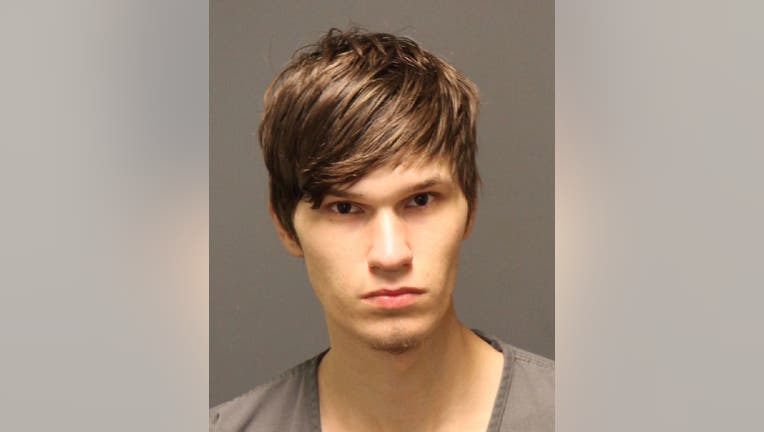 FIRCREST, Wash. - Fircrest Police are asking for the public's help to locate a man who sprayed an officer in the face with bear mace.

Deputies say the incident occurred on Sept. 21 while an officer was conducting a traffic stop on Orchard Street.

Officer Kevin Gollinger with the Fircrest Police Department attempted to pull a vehicle over that had its registration expire in 2019. Gollinger said in court documents that the driver was making multiple erratic turns before coming to a stop.

During the stop, 25-year-old Dmitriy Pavlovich Sokirkin, later identified as the driver, climbed over a female passenger and exited the vehicle.

Sokirkin then allegedly sprayed a can of bear mace at the officer over the hood of the car, hitting Gollinger in the face.

Gollinger said he felt "seething" pain in his eyes and throat and his breathing became impaired. He was given medical attention when backup arrived and then taken to the hospital for treatment.

Sokirkin is wanted for second-degree assault.

Sokirkin is a white man and is 6'0" tall, weighs 170 pounds and has dark blonde hair.

Crime Stoppers of Tacoma-Pierce County is offering a reward of up to $1,000 for information that leads to an arrest of Sokirkin.